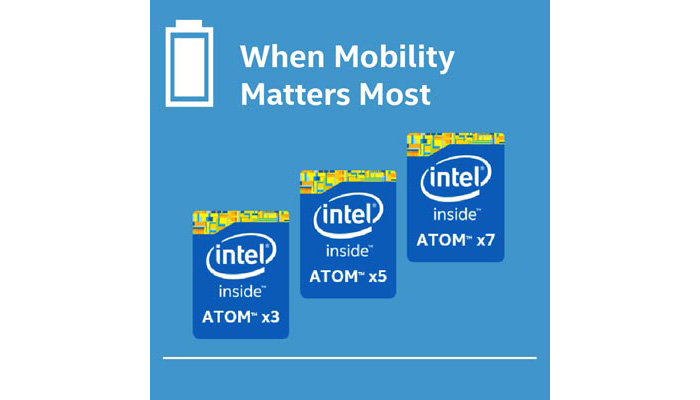 At the on-going MWC 2015 Intel has officially presented its first SoFIA chips and more precisely the Atom x3 generation. The new chips are the first Atom processors that carry product numbers designed to describe performance and features. As expected the Atom x3 is the slowest in the new Atom line and there will also be Atom x5 and Atom x7 families.

The Atom x3 line currently has three models only – Atom x3-C3130 (SoFIA 3G), Atom x3-C3230RK (SoFIA 3G-R) and Atom x3-C3440 (SoFIA LTE). The first model will be commercially available very soon while the other two will arrive sometime in summer 2015. All three chips will power smartphones, phablets and tablets at the lowest cost possible.

We will not go into chip details here since you can see all of them listed in the table above – instead we will shed some light on what’s inside these processors. They are all made by TSMC on the well-known 28 nm tech process and feature x86 computational cores on the Intel Silvermont architecture and integrated ARM graphics. The chips also offer Bluetooth, LTE and Wi-Fi 802.11ac connectivity as well as an integrated GPS receiver.

The first devices on the new Atom x3-C3130 chip are expected any time soon.