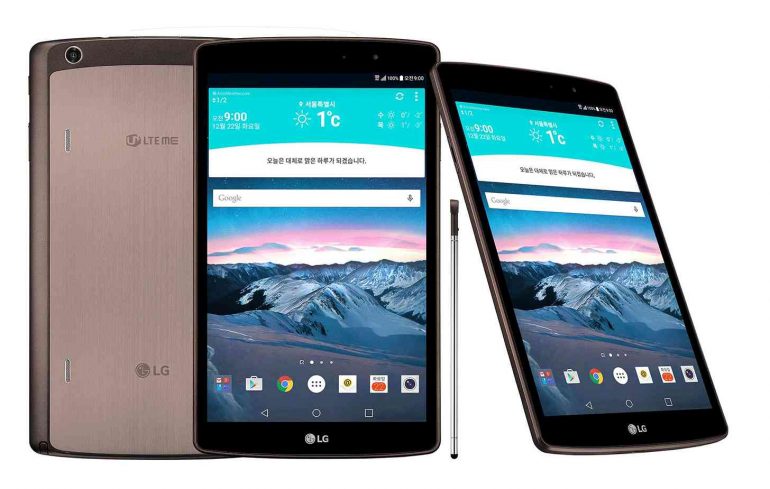 The new G Pad II 8.3 tablet is an upgraded version of the older G Pad II 8.0 and comes with a larger 8.3-inch display as the name of the device suggests. The tablet comes with a stylus, which is a nice change compared to its predecessor and offers higher display resolution for the 8.3-inch display, which now goes up to 1920 x 1200 pixels, compared to the G Pad II 8.0’s resolution of 1200 x 800 pixels. The chip inside has been updated as well and now the G Pad II 8.3 offers a Snapdragon 615 processor. In addition the tablet has 2 GB of RAM, 16 GB of internal memory that can be expanded via an integrated microSD card slot (up to 2 TB), support for LTE and a powerful 4800 mAh battery. The device, however, comes with Android 5.1.1 Lollipop instead of the latest Android 6.0 Marshmallow.

Unfortunately the G Pad II 8.3 by LG is now available only in South Korea and there’s no information on whether the tablet will become available in other countries. Pricing is also unknown but since the G Pad II 8.3 is not a high-end tablet, it should not be too expensive.