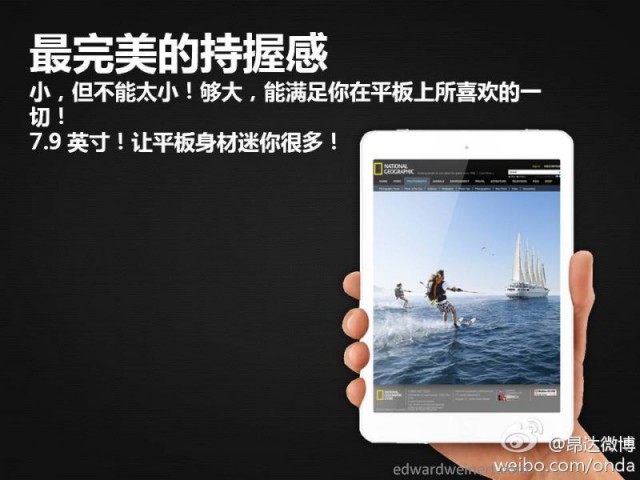 The Chinese tablet maker Onda has become the first company to release a new tablet based on the latest AllWinner A31s processor.

The AllWinner A31s chip is based on four Cortex-A7 cores and features the PowerVR SGX544 MP2 GPU. The chip does not support high resolution displays and built-in cameras but has full support for 2G, 3G and LTE, which is a promise for high-speed data transfer.

Onda’s AllWinner A31s-based tablet goes by the name of V818 Mini and offers a 7.9-inch IPS display that functions at 1024 x 768 pixels. The tablet has 2 GB of RAM and 16 GB of internal memory that can be expanded via the built-in microSD card slot, two cameras (one rear at 5 MP and one front at 0.3 MP) and a 5000 mAh battery that should power the device for as long as 8 hours.