SAPPHIRE Technology brings to our attention two new models of the SAPPHIRE HD 4890 Series. Both of them equipped with Vapor-X cooling technology for quiet and cool gaming in the hot summer days, offering users a choice of performance and connection options.

Although users still waiting for the limited edition HD 4890 ATOMIC Edition to show up – the first graphics card to deliver a 1GHz engine clock – SAPPHIRE now offers the HD 4890 TOXIC Edition based on the same high performance components but with slightly lower core clock allowing it to be more widely available.  In addition, SAPPHIRE introduces the HD 4890 Vapor-X model, a SAPPHIRE original design offering near silent operation and for the first time providing Display Port as well as HDMI, VGA and dual-link DVI connectors all on the rear bracket.

The SAPPHIRE HD 4890 TOXIC uses the same configuration of Vapor-X and heatpipe cooling technology as the ATOMIC Edition. It is factory overclocked with a high speed core clock of 960MHz as well as 1GB of GDDR5 memory with clocks of 1050MHz to give stunning performance straight out of the box.  Two dual-link DVI ports are provided as well as TV out. HDMI and VGA are supported with adapters. 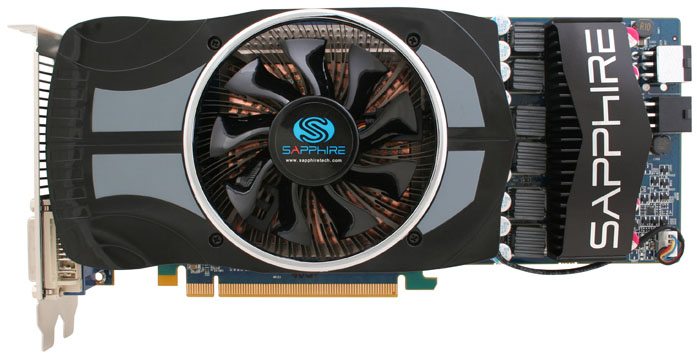 The SAPPHIRE HD 4890 Vapor-X model is a new SAPPHIRE original design. It has SAPPHIRE’s Vapor-X cooling module on the GPU together with a heatsink and profiled fan venting heat out of the case. It is quieter and significantly faster than the standard reference model, with core clock speed of 870MHz and 1GB of DDR5 memory clocked at 1050MHz.  Any two of the four output options can be used simultaneously, giving maximum flexibility for connection to different display types. An HDMI to DVI adaptor is also included for those who wish to use a pair of DVI monitors.

The Vapor-X series features high specification solid capacitors and SAPPHIRE ‘Black Diamond’ heatsink chokes for higher efficiency and more reliable operation. The high-polymer aluminium capacitors used have characteristics superior to regular aluminium capacitors for longer product life. The choke is an important component of the power regulation on a graphics card, and the SAPPHIRE Black Diamond (patent pending) choke with integral heatsink runs 10% cooler and with 25% more power efficiency than a normal choke.

This series uses the PCI-Express Gen2 interface, and features dual connectors for CrossFireX cables, allowing two or more cards to be used together on a CrossFireX compatible mainboard for even higher graphics performance. 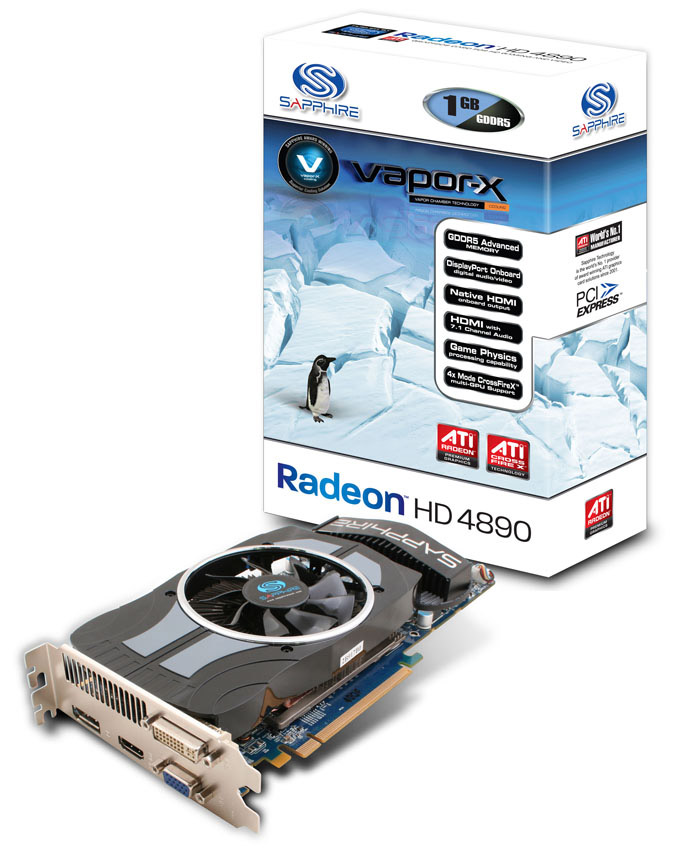 SAPPHIRE was the first company to introduce Vapor Chamber Technology to its cooling solutions for graphics. The Vapor-X cooler was first seen on the SAPPHIRE HD 3870 ATOMIC and TOXIC Editions over a year ago and is in volume production on the HD 4870 512MB and 1GB TOXIC Editions and several Vapor-X series cards.

Vapor-X is a Vapor Chamber Technology based on the same principles as heatpipe technology.  A liquid coolant is vaporised at a hot surface, the resulting vapor is condensed at a cold surface then the liquid is returned to the hot surface. The recirculation process takes place inside an evacuated chamber and is controlled by a complex wick system. In SAPPHIRE Vapor-X systems, the whole chamber is very slim and is mounted in contact with the surface of the graphics chip. More details are available at www.sapphiretech.com

The ATOMIC and TOXIC series of high performance overclocked products incorporate a hybrid cooling system combining Vapor-X at its core to remove heat efficiently from the graphics processor together with a system of heatpipes and heatsinks. These are cooled by a fan to carry away the heat from the vapor chamber, memories and other components and give more headroom for higher levels of performance. The Vapor-X series uses the same vapor chamber cooler at the core, together with a heatsink and aerodynamic low noise fan. SAPPHIRE Vapor-X and hybrid cooling systems are very efficient, so they can use low air flow rates – and therefore low speed, low noise fans 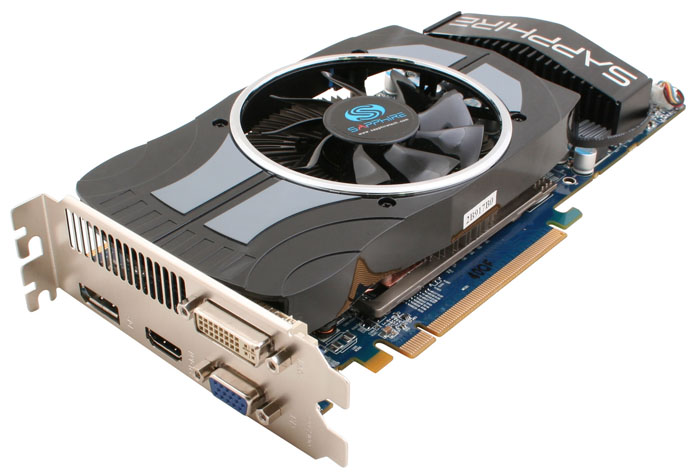 With the latest drivers, the SAPPHIRE HD 4800 series also offers ATI Stream processing for the acceleration of video transcoding and other supported applications.