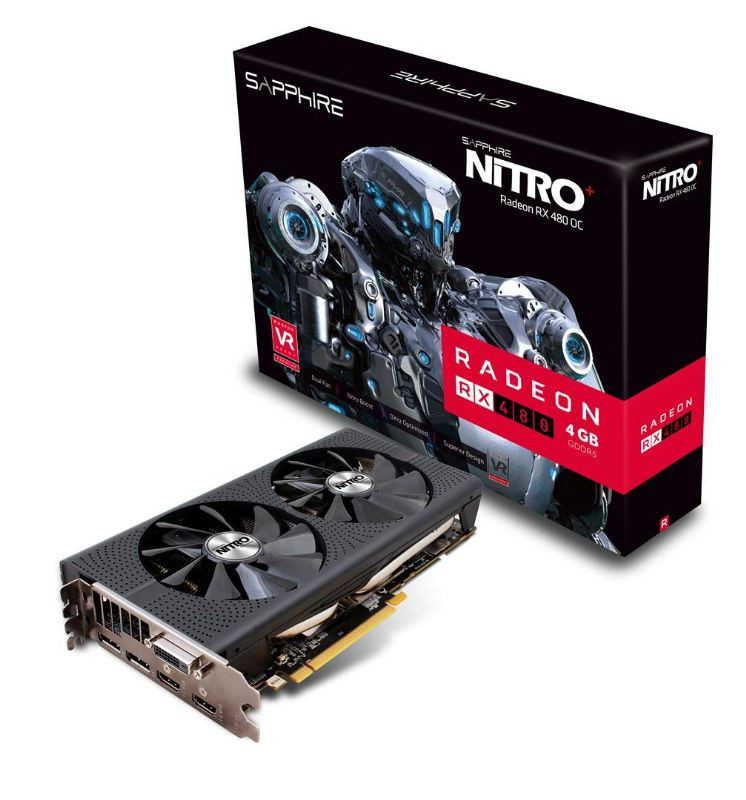 Sapphire has announced the Radeon RX 480 NITRO+ video card, which will serve as the company’s flagship RX 480 graphics card for the time being. The card comes with a completely customized design and sports Sapphire’s latest Dual-X cooling solution, which combines a dense aluminum fin-stack heat sink, a pair of easily detachable 95 mm cooling fans and an air-channel that directs hot air towards the top. There’s also a strong VRM, which draws power from a single 8-pin PCIe power connector.

The new Radeon RX 480 NITRO+ video card has two versions. The first one sports 4 GB of GDDR5 memory and runs its GPU at 1208 MHz (1306 MHz GPU Boost), while the memory operates at 7000 MHz. The second version has 8 GB of GDDR5 memory and features a GPU that runs at 1208 MHz (1342 MHz GPU Boost), while the memory works at 8000 MHz. In both cases the display outputs are the same – you get two DisplayPort 1.4 and HDMI 2.0b connectors and a dual-link DVI connector. In addition the cards offer the unique NITRO Glow feature, which lets you make the LED-lit Sapphire logo useful by cycling between the default blue color to a random RGB color.

It is unclear how much the two new cards cost but we bet the 4 GB version is cheaper than the 8 GB one.