The first proposal is the Nvidia GeForce G210, it has 16 processor cores and a 589 MHz CPU clock speed, 512 MB DDR2 memory with 64-bit interface. The second is  GeForce GT 220 which has better system performance, using 48 processor cores 615 MHz CPU clock speed, 1 GB GDDR3 memory with 128-bit bus. Both cards support OpenGL 3.0, DirectX 10.1,  and CUDA, but GT 220 provides VGA, HDMI and DVI ports for connecting to monitors and TVs, while the GT210 relies on VGA, DVI and DisplayPort. 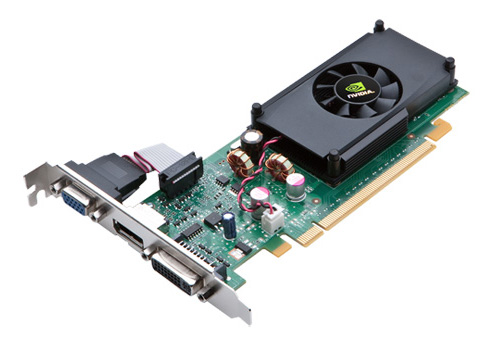 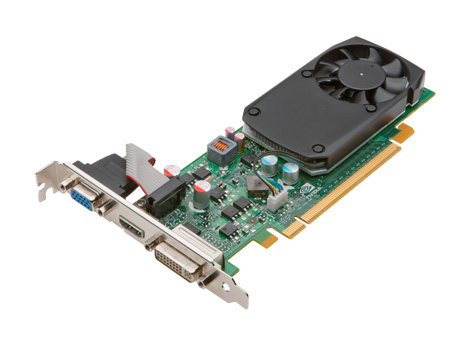