USB Condom Protects You From Viruses! :)

Simply just put your condom over the USB dongle carefully, plug it and protect yourself from getting infected 🙂

“Ding ding, yes it’s true. Condoms can significantly reduce the likelihood of you catching some nasty virus except this condom is designed for the digital kind. Computer viruses are just as virulent as the biological variety, just as insidious, and just as detrimental. The Condom USB is a device that acts as a stopgap between any USB enabled device and your computer. 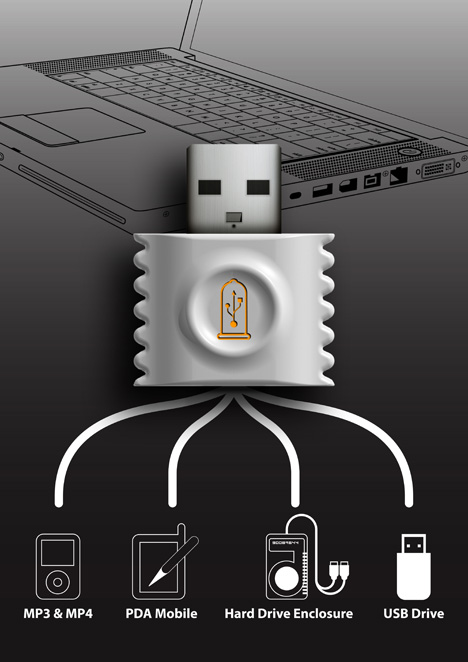 As soon as the Condom USB detects a virus, built-in software shuts off USB access, verifies the problem, removes the nasty bug, then reopens the communication bridge to your computer. Snazzy but would this really work in the real world?” 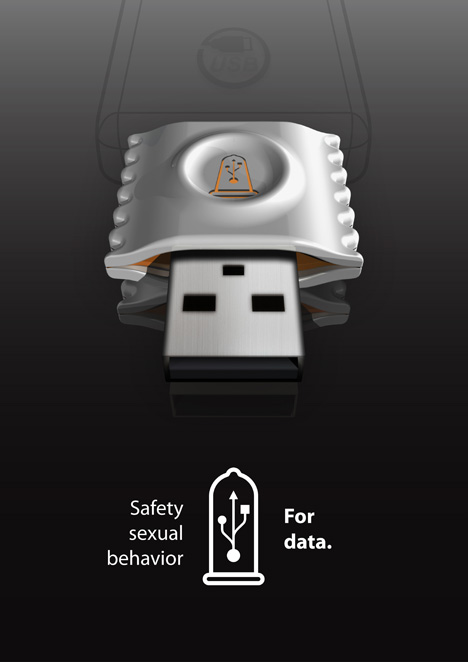 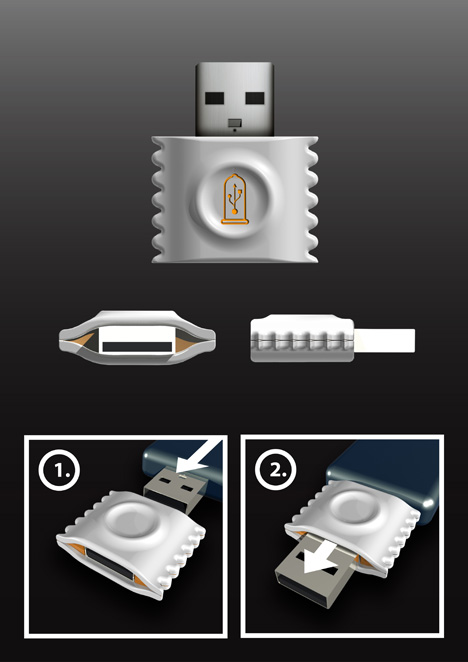