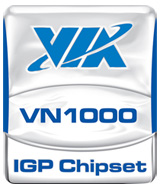 The VIA VN1000 is the most power efficient DX10.1 digital media chipset available today, making it the perfect solution for next generation small form factor and all-in-one Windows 7 PCs that focus on entertainment, multimedia and touch screen capabilities. The DirectX 10.1 hardware environment provided by the VIA Chrome 520 IGP means Windows 7 users can enjoy a more fluid and visually enhanced desktop experience as well as the latest gaming titles.

The VIA VN1000 digital media chipset features the ChromotionHD 2.0 video processor to guarantee smooth playback of the latest Blu-ray titles with superb hardware acceleration of the most demanding H.264, WM9 and VC1 codecs over the latest display technologies, including Display Port and HDMI. 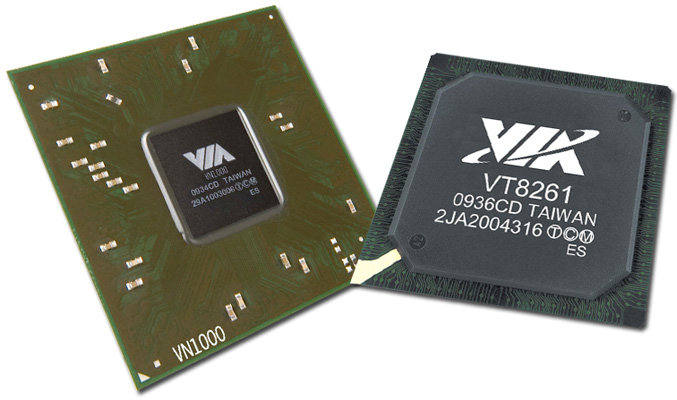 “The VIA VN1000 leverages our optimized VIA Nano 3000 Series processors, creating the most balanced, power-efficient, multimedia-focused desktop platform on the market today,” said Richard Brown, VP International Marketing, VIA Technologies, Inc. “Supporting the latest system memory, graphics and entertainment standards, the VIA VN1000 takes the VIA processor platform to new heights of power-efficient visual sophistication.”

At the core of the VIA VN1000 lies a DirectX 10.1 graphics engine, a necessary requirement for users who want to enjoy the enhanced features of the Windows 7 desktop environment. The DirectX 10.1 engine means that Windows 7 can employ Microsoft’s advanced Windows Desktop Driver Model 1.1, bringing significant gains in system memory efficiency, overall desktop responsiveness and an improved visual experience compared to WDDM 1.0. 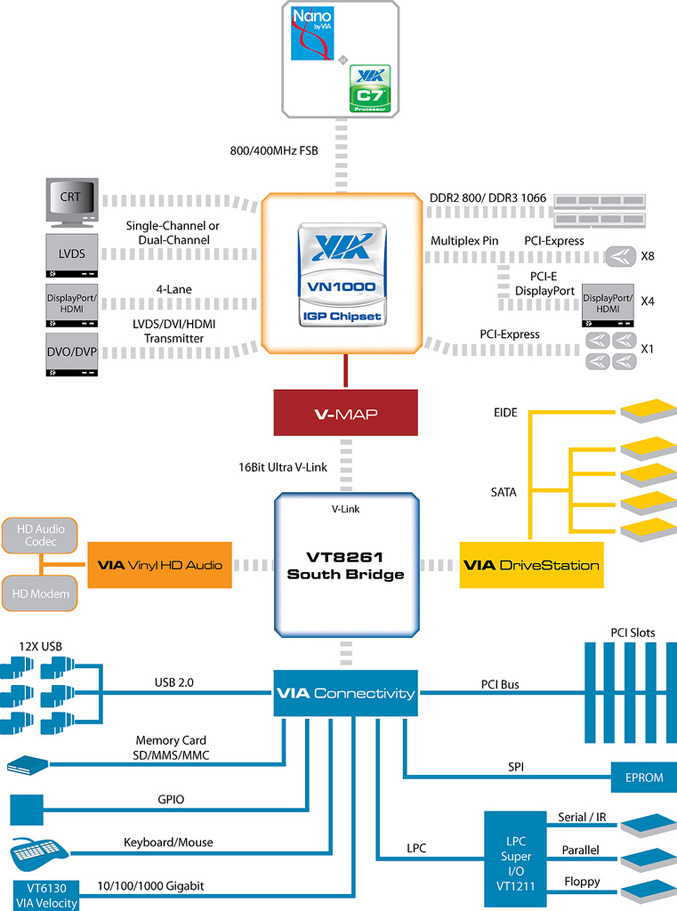 Paired with the new VIA VT8261 south bridge, the VIA VN1000 represents the most power-efficient DX10.1 compliant digital media chipset on the market, consuming up to 12 watts for both north and south bridges, making it a perfect choice for Windows 7 based mini desktop and all-in-one desktop PCs designs.

Offering a feature-rich specification with significant emphasis on graphics and HD video playback, the VIA VN1000 features the VIA Chrome 520 IGP, combining a DirectX 10.1 graphics engine, with support for Shader Model 4, OpenGL 3.0 graphics and OpenCL 1.0 for next-generation GPGPU applications. 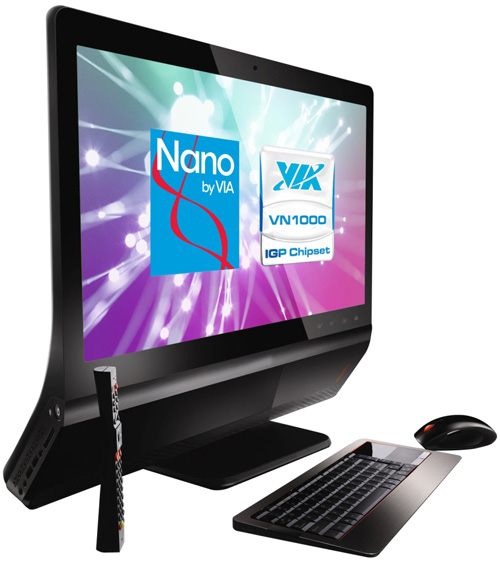 The VIA VN1000 supports DDR3 system memory at speeds of up to 1066MHz, one x8 lane and four x1 lane PCI Express II expansion slots, up to five PCI slots and a VIA Vinyl HD 8 channel audio codec. An IDE controller, support for up to four S-ATA II drives, SD/MMS/MMC card reader support and 12 USB 2.0 ports are supplemented with support for PS/2, SPI, GPIO and LPC technologies.

The VIA VN1000 Digital Media IGP Chipset is fully compatible with all VIA Nano, VIA C7, VIA C7-M and VIA Eden processors and supports all Microsoft Windows platforms and popular Linux distributions.

For more details regarding the VIA VN1000 digital media chipset, here 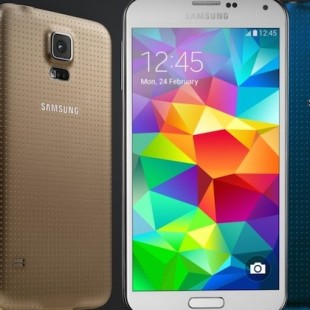 Samsung has added a new smartphone to its seemingly endless list of Galaxy devices but this time the case is a bit different – we are talking of a new flagship device, known as Galaxy S5 Plus. The new smartphone carries the G901F code name and is a somewhat revised version of the Galaxy S5...

The model M325 is the latest addition to the Logitech's wireless mouse lineup. The rodent features the company's familiar ergonomic design, has a textured rubber grips and is equipped with specially optimized for web browsing micro-precise scroll wheel that packs four times the number of...