VIA Technologies, Inc, a leading innovator of power efficient x86 processor platforms, today announced the launch of its latest DIY PC kit, the VIA ARTiGO A1100, a sub-liter DIY PC kit for enthusiasts who want to taste the most extreme, ultra-compact desktop computing experience.

The VIA ARTiGO A1100 takes inspiration from Pico-ITX, cramming a range of features that include a 64-bit processor, HD video support, HDMI and VGA display connectivity, Gigabit networking, Wi-Fi Support and five USB ports, all into a PC chassis that fits snuggly into the palm of your hand. 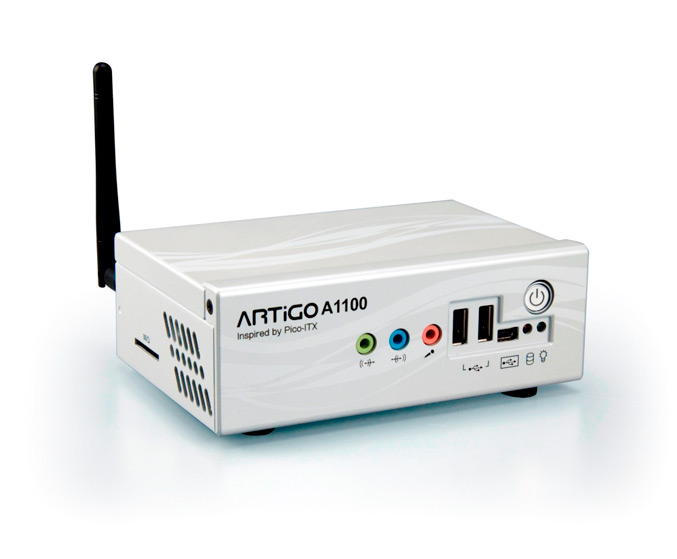 “The VIA ARTiGO A1100 redefines compact computing, bringing all the features of a regular desktop PC in a form factor that needs to be seen to be believed,” said Daniel Wu, Vice President, VIA Embedded Platform Division, VIA Technologies, Inc. “By harnessing our expertise in creating leading edge form factor systems, we’re offering consumers something that absolutely breaks the mold.”

VIA ARTiGO A1100: Compact Computing Redefined

The VIA ARTiGO A1100 is powered by a 1.2GHz VIA Nano processor, offering a high performance native 64-bit computing experience while remaining within a low power thermal envelope. The VIA Nano processor is joined by the VIA VX855 media system processor, a fully integrated all-in-one chipset that brings exceptional multimedia experience to small form factor devices including playback of the most demanding HD video formats. 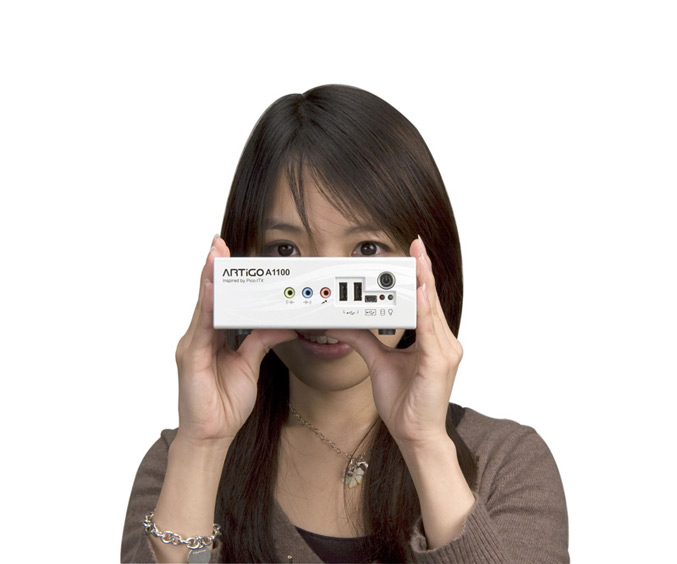 The VIA ARTiGO is the smallest full featured PC Kit available today. With dimensions of a mere 5.7″ x 3.9″ x 2″ (14.6 cm x 9.9 cm x 5.2 cm), totaling only 44.46 cubic inches or 752 cm3, this mini PC is suitable for a variety of applications in the home or office, including home server, media streaming and surveillance applications. The VIA ARTiGO A1100 is also great as a regular desktop PC, using only a fraction of the physical real estate. 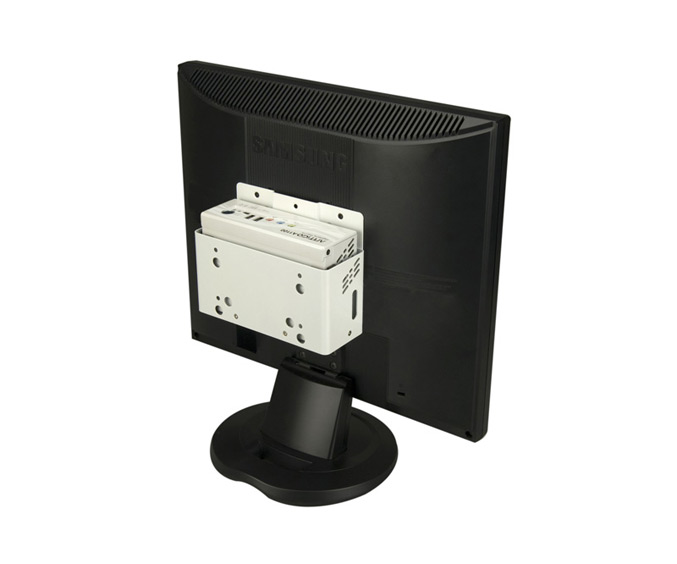 The VIA VX855 is specially designed to provide flawless hardware acceleration for the latest HD video codecs including H.264, WMV, VC-1 and MPEG 2/4 at high bitrates and display resolutions of up to 1080p with very low CPU utilization. The VIA Vinyl HD audio codec provides 6 channel DTS capable audio while an onboard HDMI port is included for seamless connection to the latest HDTV displays. These features combine to make the VIA ARTiGO A1100 an ideal for solution for a wide range of HD video and multimedia streaming applications. 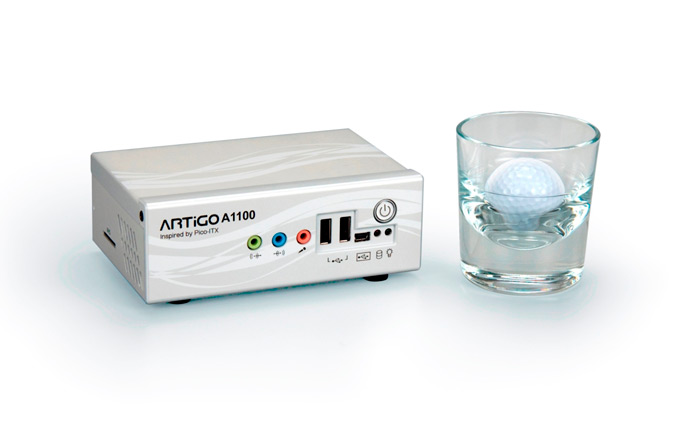 The VIA ARTiGO A1100 is aimed at enthusiast customers who dare to explore beyond the confines of regular PC building. The VIA ARTiGO A1100 offers easy installation of system memory, hard drive, wireless module and SD card reader. Supported operating systems include Microsoft Windows 7, Windows Vista, Windows XP and a variety of Linux distributions.

Available now at the VIA Store

The VIA ARTiGO A1100 is available now from the recently launched VIA Online Store, retailing at US$243.00. The first ten customers get a special early bird discount price of only $199.00. To order your VIA ARTiGO A1100 please visit: http://store.viatech.com 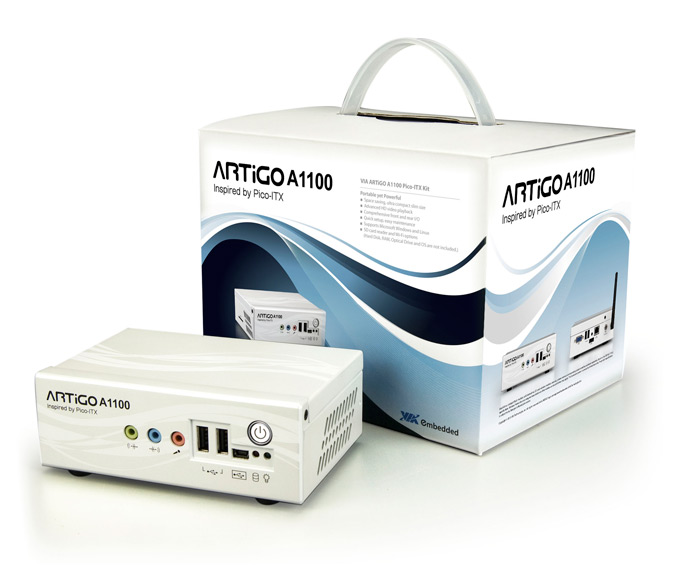 Two slim, stylish Cyber-shot digital cameras from Sony offer outstanding quality and value to suit every pocket.The Cyber-shot W180 and W190 are the perfect no-fuss choice for anyone who needs to capture family moments, holidays and nights out. Both models look great with slim, clean lines...

The German PC components maker Cooltek has announced the K6 gaming case, which might as well serve budget-oriented gamers best. The case measures 450 x 190 x 488 mm and weighs 5.6 kilograms. The chassis is capable of swallowing ATX-sized motherboards and supports up to...

With colors like “I’m Not Really a Waitress,” “Big Apple Red,” “Strawberry Margarita,” “Rosy Future” and “Kyoto Pearl,” nail polish can say a lot about personal style. Now, those stylish colors and more will be available exclusively on Dell consumer laptops through a partnership with renowned...