SanDisk Corporation, the global leader in flash memory cards, today announced that it is shipping the slotRadio™ Motown card, delivering the best of Motown’s timeless catalog in an easy to use format at an affordable price. By simply inserting the new music card into the compatible Sansa® Clip+, Sansa® Fuze™ (with firmware update) or Sansa® slotRadio™ players’ microSD™ card slot, consumers can immediately enjoy a huge collection of Motown’s greatest hits without the hassle of software installation, time-consuming song selection or file-by-file downloading.

“Our Sansa MP3 players offer the best value for the money, and slotRadio cards add an incredible musical punch to the mix,” said Eleanor Sales, product marketing manager, SanDisk. “Our new slotRadio Motown card is available just in time for Mother’s Day, making the perfect gift for moms who want quick and effortless access to great music at a price that’s hard to beat. It really doesn’t get any easier than this.” 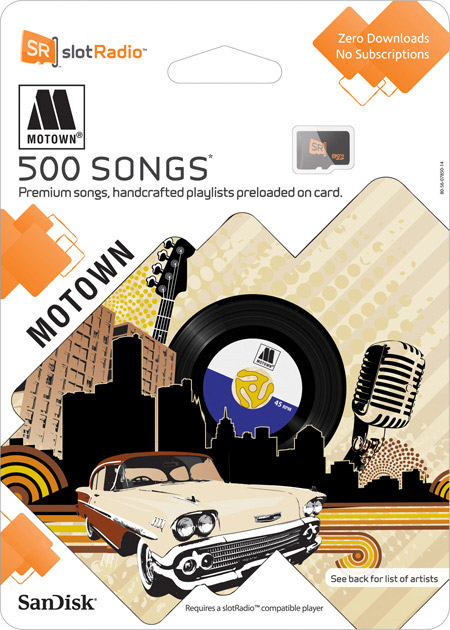 The slotRadio Motown card gives music lovers one more chance to enjoy all-time Motown classics and relive their favorite hits from the Motor City. The new card delivers 500 songs pre-arranged into five handcrafted playlists featuring some of Motown’s top-charting artists – including The Jackson 5, Marvin Gaye, Stevie Wonder, The Temptations, Diana Ross, Rick James, Smokey Robinson and the Miracles, Martha & The Vandellas, and many, many more.

The slotRadio Motown card is available at SanDisk.com, and carries a suggested retail price of $29.99. For even more musical enjoyment, SanDisk offers 1,000-song slotRadio cards across a variety of genres including Rock, Hip Hop and R&B, Country, 80’s & 90’s hits, and Oldies, as well as a Classical card with 60 hours of music – at suggested retail prices of up to $39.99 per card. 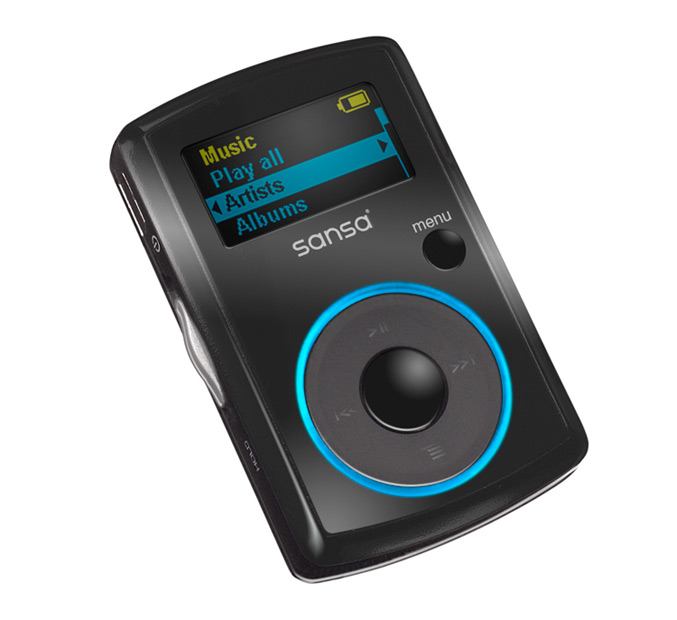 Featuring Motown artists such as