Nokia announced that it has today filed a complaint against Apple with the Federal District Court in Delaware, alleging that Apple’s iPhone infringes Nokia patents for GSM, UMTS and wireless LAN (WLAN) standards.

As a leading innovator in wireless communications, Nokia has created one of the strongest and broadest patent portfolios in the industry, investing more than EUR 40 billion in R&D during the last two decades. Much of this intellectual property, including the patents in suit, has been declared essential to industry standards. Nokia has already successfully entered into license agreements including these patents with approximately 40 companies, including virtually all the leading mobile device vendors, allowing the industry to benefit from Nokia’s innovation.

The ten patents in suit relate to technologies fundamental to making devices which are compatible with one or more of the GSM, UMTS (3G WCDMA) and wireless LAN standards. The patents cover wireless data, speech coding, security and encryption and are infringed by all Apple iPhone models shipped since the iPhone was introduced in 2007.

“The basic principle in the mobile industry is that those companies who contribute in technology development to establish standards create intellectual property, which others then need to compensate for,” said Ilkka Rahnasto, Vice President, Legal & Intellectual Property at Nokia. “Apple is also expected to follow this principle. By refusing to agree appropriate terms for Nokia’s intellectual property, Apple is attempting to get a free ride on the back of Nokia’s innovation.”

During the last two decades, Nokia has invested approximately EUR 40 billion in research and development and built one of the wireless industry’s strongest and broadest IPR portfolios, with over 10,000 patent families. Nokia is a world leader in the development of GSM technologies and its evolution to UMTS / 3G WCDMA as well as wireless LAN, which is also demonstrated by Nokia’s strong patent position in these technologies. 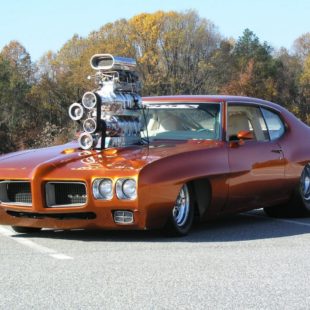 Muscle Cars Past vs. Present With a Glimpse into The Future Ah…the muscle cars of the past, how we miss them. What? We have muscle cars today that are in the same tradition as the famous ones from the sixties and seventies. In fact, Dodge has carried on the great muscle car heritage of that...

Today Nintendo introduced the newest member of the Nintendo DS family of products, Nintendo DSi. The DSi is the third version of the Nintendo DS handheld and is set for release later this year in Japan. This new, svelte dual-screen portable (pictured below) was announced at a Nintendo Co...