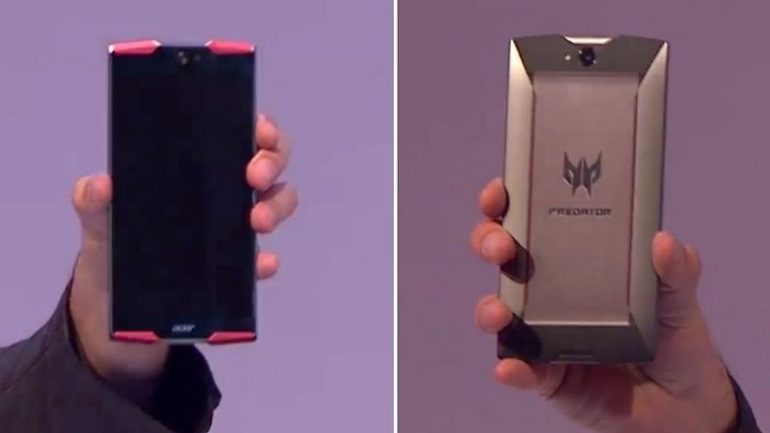 Acer has long been known for making notebooks and PC monitors but recently the company made a bid on the gaming market as well by launching the new high-end Predator line of gaming computers and monitors. While the new line still has to prove itself in front of gamers Acer will go one step further – the company plans to launch a gaming Predator smartphone as well!

The device is in its final stages of development but the tech specs have not been finalized, which will leave us guessing what it will have inside. Fortunately some of the tech specs have been confirmed and we know that the smartphone will be 6 inches in size. It is unclear whether this is the size of the display or of the device but clearly the Predator smartphone will be a large device. The smartphone will be powered by a Helio X20 SoC with ten cores under the hood based on ARM Cortex-A72 and ARM Cortex-A53 technology. The cores will share the load to save energy and this is a nice tech solution. Speaking of this, the Predator will have a 4000 mAh battery that should provide for some long gaming sessions. Given the operating conditions such a battery is simply mandatory. On the outside the Predator looks a lot like other Predator devices – Acer says people like to carry one theme around so why not include the Predator smartphone as well, right? What we know as of now is that the smartphone will have four speakers up front but we are not sure what the technology inside the speakers is.

The Acer Predator smartphone will be on the market in early spring 2016. The price of the device has not been finalized yet.