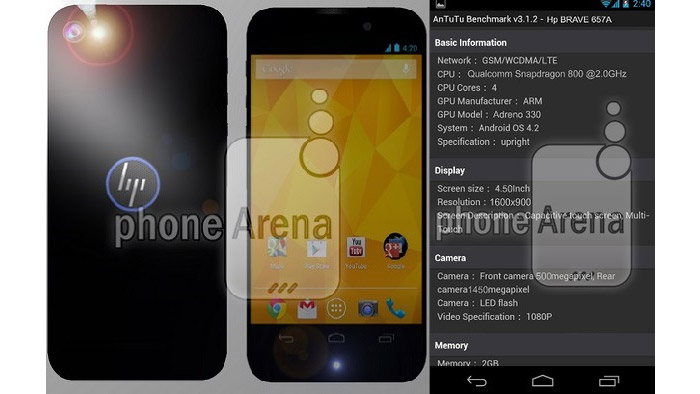 The recent news that HP plans to go back to the smartphone business has received a new confirmation in the form of the first specs of an upcoming HP smartphone.

The device will be called Brave maybe because it will be the first HP smartphone in a really long time. Inside the HP Brave will have a powerful Snapdragon 800 processor with four processing cores at 2 GHz and built-in Adreno 330 graphics, 2 GB of RAM, a rear 14.5 MP camera with a LED flash and 1080p recording, a 4.5-inch display at 1600 x 900 pixel resolution and a front 5 MP camera.

The HP Brave will run Android 4.2 Jelly Bean. The official release date and the pricing are still unknown.