When Samsung launched its Galaxy J line a while ago we all knew that the line would get new members since the Galaxy J1 was simply not enough to sit there all alone. Not long after we got reports Samsung was working on the new Galaxy J5 and Galaxy J7 smartphones. While the Galaxy J7 appears to be far away (still), we now have the first photos of the upcoming Galaxy J5. 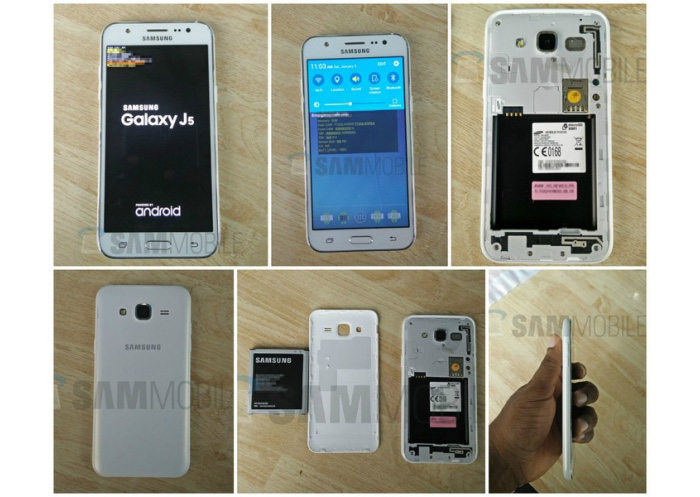 Here they are. We’ll just add that the handset carries the SM-J500F code name and that, as you can see, comes with a plastic chassis that resembles the Galaxy J1. The smartphone features a quad-core Snapdragon 410 processor at 1.2 GHz and has a 5-inch display, 1.5 GB of RAM and 8 GB of internal memory, a microSD card slot, and two cameras – one rear at 13 MP and another front at 5 MP. The Galaxy J5 will be powered by a 2600 mAh battery and will run Android 5.1 Lollipop with the TouchWiz user’s interface.

There’s no information how much the new smartphone will cost.