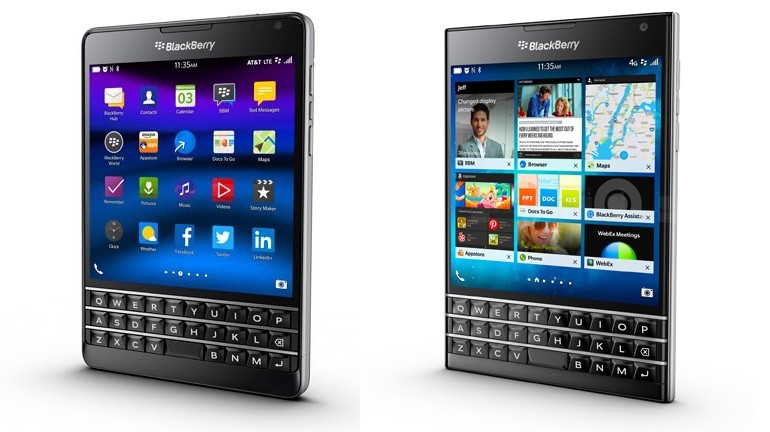 About a year ago BlackBerry released the Passport – undoubtedly a nice smartphone that included a 4.5-inch IPS LCD sensor display at 1440 x 1440 pixels (453 ppi), a Snapdragon 801 processor, 3 GB of RAM and 32 GB of internal memory as well as a beefy non-removable 3450 mAh battery. All was good except one thing and for some people only – the BlackBerry Passport had sharp 90-degree corners, which some people did not like.

Well, relief is on the way, at least for people who live in Europe, Africa or the Middle East. According to some leaked pictures BlackBerry works on a new smartphone called BlackBerry Oslo, which will succeed the Passport. The new smartphone will have smoother, rounder corners and a chassis that is made of a steel frame combined with silver plastic. The Oslo features the same hardware seen in the Passport so expect to have a Qualcomm Snapdragon 801 (MSM8974-AA) processor at 2.2 GHz, 3 GB of RAM, 32 GB of internal memory and a microSD card slot as well as the same non-removable 3450 mAh battery. This, however makes the Oslo a redesign of the Passport and not a successor at all, which is both good and bad. The new smartphone will likely run BlackBerry OS 10.3, just like the Passport.

There’s no information on when the Oslo will be on the market in EMEA or how much it will cost.