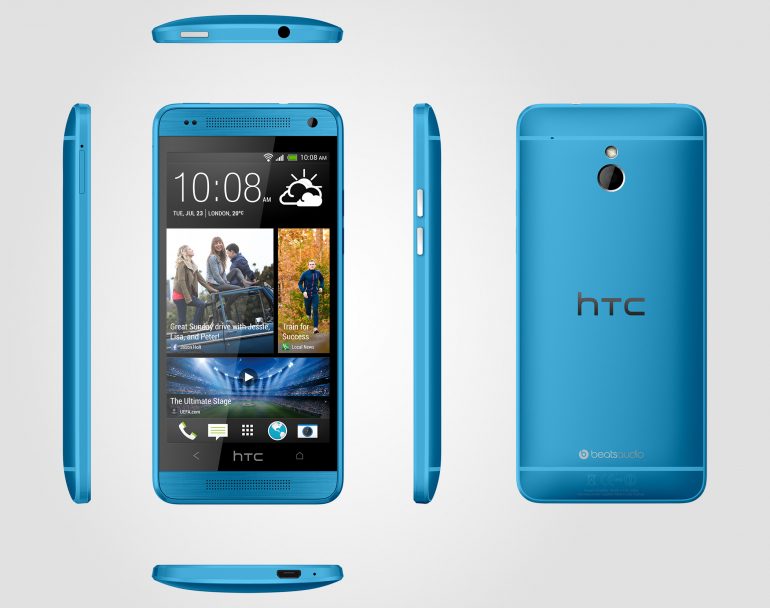 The Taiwanese smartphone maker HTC has officially presented a new smartphone that is a smaller version of its flagship – the HTC One. The new device is called One mini 2 and comes in an aluminum chassis that measures 137 x 65 x 10.6 mm for total weight of 137 grams.

The One mini 2 is available in silver, gray and gold colors and offers a 4.5-inch sensor display that works at 720p resolution (1280 x 720 pixels). The device is based on a Qualcomm Snapdragon 400 processor with four cores that operate at 1.2 GHz and have Adreno 305 graphics.

The smartphone also offers 1 GB of RAM, 16 GB of internal memory, a microSD card slot (up to 128 GB), two cameras – one rear at 13 MP and one front at 5 MP that can even record video at Full HD resolution. The One mini 2 also has Wi-Fi, Bluetooth, LTE, NFC and a GPS receiver. A 2100 mAh battery powers the device.

The new HTC product works under Android 4.4.2 KitKat and makes use of HTC Sense 6.0. It can be yours for EUR 470 next month.