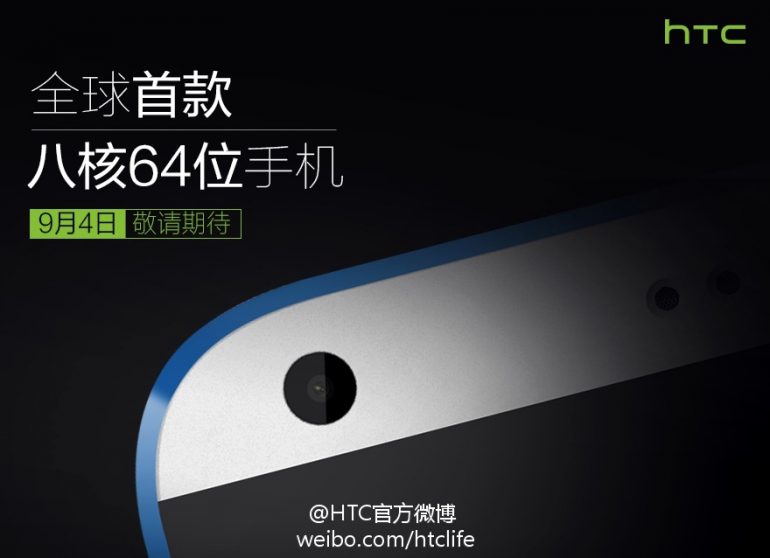 HTC has shared some interesting details regarding its upcoming Desire 820 smartphone that appears to be the first Android smartphone to sport a 64-bit processor inside. In addition to that the chip will have eight cores.

Like we said not much else is known as of now so we will have to wait until September to get a glimpse of the device and learn all its tech specs. We suspect that the Desire 820 will be on the market by the end of the year.