HTC to launch One M9 Plus smartphone in April 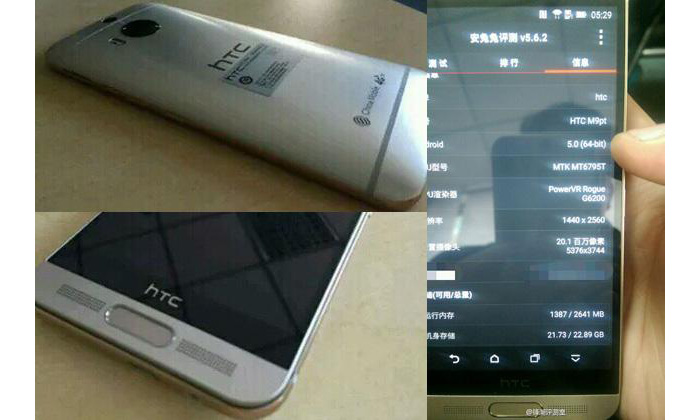 After getting a number of high-end smartphones in the past few months such as Apple’s iPhone 6 and Samsung’s Galaxy S6, it is time for HTC to strike back. The strike is expected soon in the form of HTC’s rumored One M9 Plus smartphone and if we judge by leaked images and event invitations sent by HTC the device will likely be launched on April 8 in Beijing, China.

The new handset is expected to have a thin body, a metallic chassis and a 64-bit eight-core MediaTek MT6795 processor at 2.5 GHz. The chip is based on ARM Cortex-A53 and Cortex-A57 cores and includes PowerVR G6200 graphics as well. The smartphone is also said to include a 5.5-inch sensor 2K display at 2560 x 1440 pixels, 3 GB of RAM, 32 GB of internal memory, one rear 20.7 MP camera, another 13 MP front camera, Bose speakers and a 3500 mAh battery. The One M9 Plus will run Android 5.0 Lollipop and HTC’s own Sense user interface.

The price of the HTC One M9 Plus is unclear as of now.