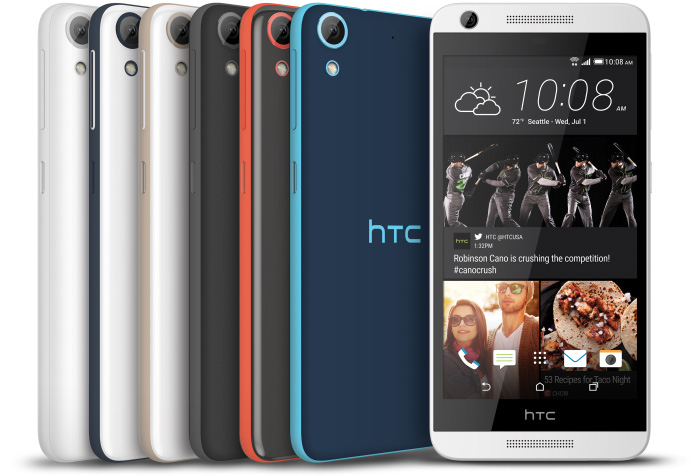 HTC has announced the launch of four new smartphones in the United States with all the devices belonging to the Desire line. The new smartphones are called Desire 520, Desire 526, Desire 626 and Desire 626s and all of them belong to the low-end smartphone market, which means that they are budget-oriented devices.

The new smartphones share a lot of the tech specs. For example they are all based on the Qualcomm Snapdragon 210 processor, which includes four Cortex-A7 cores at 1.1 GHz and built-in Adreno 304 graphics. This will make the smartphones slower than ones using the already old Snapdragon 400 processor with the same Cortex-A7 cores. The Snapdragon 400 also has Adreno 305 graphics, which is a higher clocked version of the Adreno 304 but like we said the new HTC smartphones do not pretend they are something more than budget handsets.

The major differences lie in the displays, in case you wonder. The Desire 520 offers a 4.5-inch display at 854 x 480 pixels, while the Desire 526 has the same display but at 960 x 540 pixels. The Desire 626 and Desire 626s share a 5.0-inch display at 1280 x 720 pixels. As to colors the handsets will be available in red, blue, black, gray and white. In the USA the smartphones will be sold by all famous mobile carriers. The pricing is unknown as of now, though.