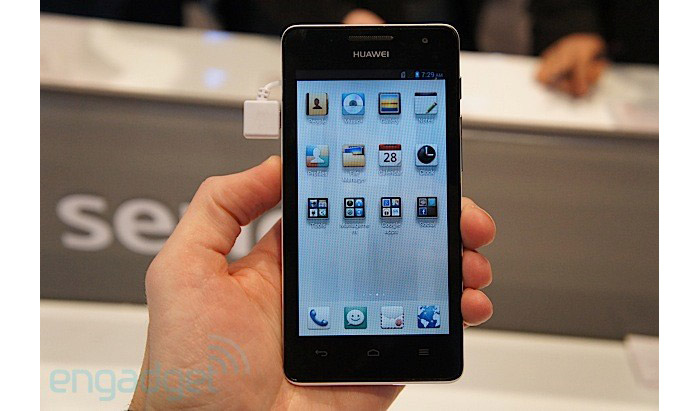 The Mobile World Congress 2013 has started in Barcelona, Spain and as expected a large number of companies will present new devices and gizmos that will command the market of mobile devices at least until next year.

One of these companies is Huawei – at MWC 2013 the Chinese tech giant has unveiled a new mid-range smartphone that goes by the name of Ascend G526. The new device comes in a plastic chassis and sports a 4.5-inch QHD IPS display that works at 540 x 960 pixels. The smartphone will be available in three versions – L11, L22 and L33 – that will be sold around the world depending on the communication methods used.

Inside the G526 hides a dual-core processor that runs at 1.2 GHz, 1 GB of RAM, a rear 5 MP camera and a front VGA camera. The device also supports Wi-Fi and Bluetooth as well as LTE. All this hardware is powered by a 1950 mAh battery. The Ascend G526 runs Android 4.1 Jelly Bean.

Unfortunately pricing was not revealed and this holds true for the release date as well.