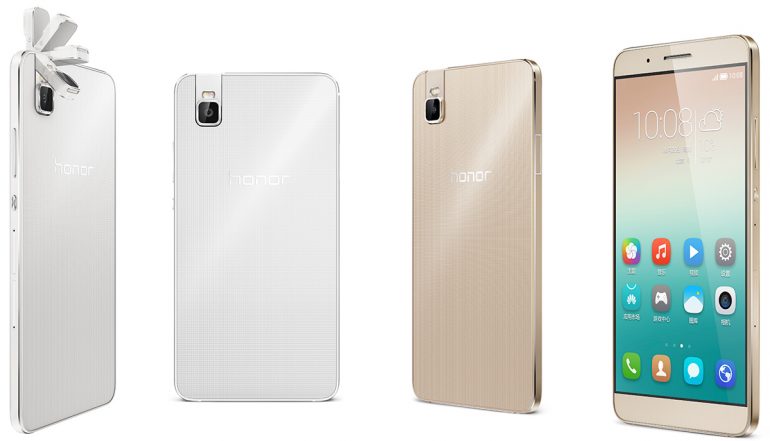 The Chinese company Huawei has officially presented the new Honor 7i phablet. The new device packs one unique feature that will surely intrigue you but we’ll talk about it a bit later.

The Huawei Honor 7i doesn’t look bad, does it? However, it has one feature that you haven’t seen before – the phablet has a rear camera on a pivot so that you can shoot photos as usual or flip it over and then shoot photos up front. The camera provides 13 MP of picture quality as well as sapphire-protected lens and the camera flash is attached to the same pivot module so it is ready at the same time as the camera. Interesting, isn’t it?

The Honor 7i is now available only in China where it sells for around USD 250. The device may soon be on other markets as well.

Fly Away with Aviator Headphones