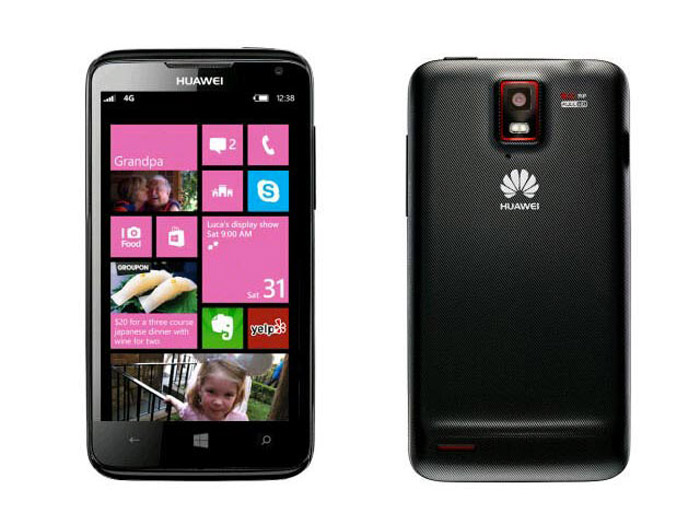 The Chinese maker of smartphones Huawei will announce its first Windows Phone 8 smartphone – the awaited Ascend W1 – at the upcoming CES 2013, which will be held at the beginning of January 2013.

The Huawei Ascend W1 was expected to debut this fall – something that actually did not happen. The smartphone will come in various colors – including blue, black, pink and white – and will feature a 4-inch WVGA display at 800 x 480 pixels, a dual-core chip at 1.2 GHz, 512 MB of RAM, 4 GB of on-board storage, a microSD card slot, rear 5 MP camera, front 0.3 MP camera and a 2000 mAh battery. The smartphone is expected to cost USD 300.

Later in 2013 the Ascend W1 will be followed by the Ascend W2 smartphone. Little is known about this one but rumors suggest the Ascend W2 will also run Windows Phone 8. In addition the W2 will come with a 4.5-inch sensor display, rear 8 MP camera and support for LTE.