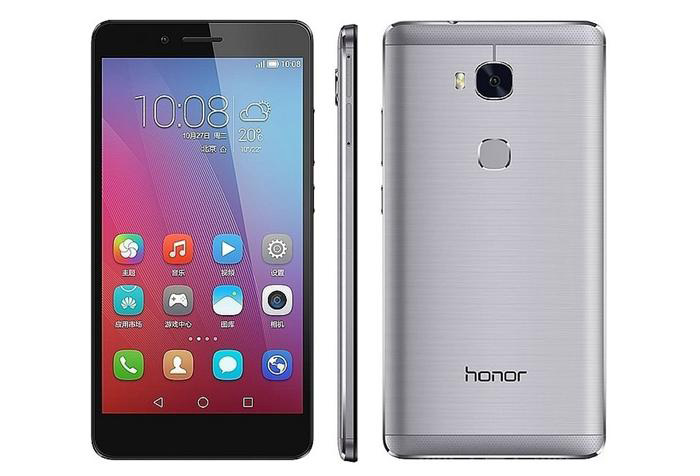 The Honor 5X smartphone offers a 5.5-inch display at 1080p resolution as well as a speedy Qualcomm Snapdragon 616 processor with four 64-bit Cortex-A53 cores at 1.7 GHz and four Cortex-A53 cores at 1.2 GHz. The smartphone has Adreno 405 graphics inside the Snapdragon chip as well as 16 GB of on-board internal memory that can be expanded via a microSD card slot. The Honor 5X will be available in two versions – the first one has 2 GB of RAM, while the second version has 3 GB of RAM. In the back the smartphone has a fingerprint sensor that features Huawei’s latest sensor technology that allows users to unlock the phone in just 0.4 seconds. There’s a 13 MP camera above the fingerprint reader and it has dual LED flash; up front the Honor 5X has a 5 MP selfie camera. The handset also has support for LTE and a dual-SIM version is also in the works. Finally we have a 3000 mAh battery with Quick Charge 3.0 technology that allows the battery to charge to 50 per cent in just 30 minutes.