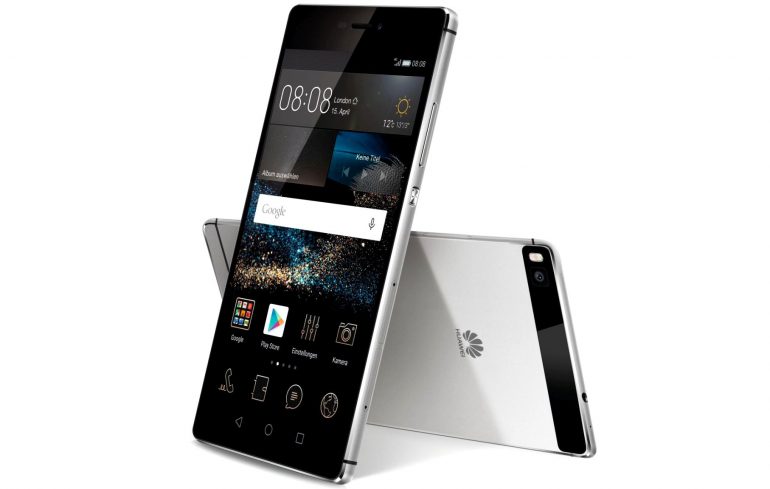 Huawei’s upcoming P9 flagship smartphone has been in the news for quite some time now – back in October there was information that the device would feature two rear cameras but there was nothing that could prove this claim so the information was left as it was.

However a new leak has just proven the P9 will have two rear cameras and in addition to this we have gotten the tech specs of the handset. According to the leak the P9 will have a large 5.2-inch AMOLED sensor display that will likely work at 2560 x 1440 pixels. The handset will be powered by the powerful Kirin 950 SoC, which will offer eight processing cores and Mali-T880 MP4 graphics and there will be 4 GB of RAM and likely 64 GB of internal memory. Huawei plans to introduce two versions of the device – LTE and Delux – and while the first version is self-explanatory, we do not know what the second variant will surprise us with. However, there’s a rumor that the Delux version will have a 6.2-inch display and perhaps a more powerful battery with all other tech specs staying the same.

The two rear cameras will be the feature that the P9 will use to lure potential buyers so we should say a few words here. The smartphone will target people who want a flagship with significantly improved camera features or people who like to take pictures while on the go and to do this the device will have an improved LED flash but unfortunately there’s no other information on this topic so we do not know what the cameras’ sensitivity will be. However, we do not expect Huawei to disappoint us here.

The P9 will likely be on the market in March 2016 or a full year after the P8 was introduced. The handset is expected to run Android 6.0 Marshmallow out of the box.