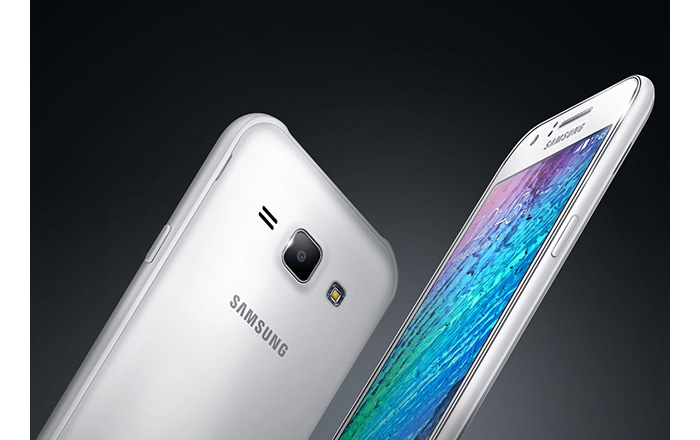 A new leak in the popular smartphone benchmark test GFXbench has described the tech specs of the upcoming Samsung Galaxy J5 smartphone, codenamed SM-J500F. According to this preliminary information the device will have a 28 nm 64-bit Qualcomm Snapdragon 410 processor with four ARM Cortex-A53 cores at 1.2 GHz and Adreno 306 graphics.

Of course the chip inside a smartphone is not everything so here’s the rest of the specs – the Galaxy J5 is said to have a 5-inch sensor TFT LCD display at Full HD resolution (1920 x 1080 pixels), 1.5 GB of RAM, 8 GB of internal memory, a microSD card slot for expansion, a 13 MP rear camera and a 5 MP front one, Wi-Fi, Bluetooth, a GPS receiver and a number of sensors. The smartphone sports a 2600 mAh battery that powers all the aforementioned hardware and will run Android 5.0.2 Lollipop when it comes out.

As you can see the Galaxy J5 will be a mid-range smartphone. There’s no information on how much it will cost but given the specs list it will not empty your wallet. One more thing – take this information with a pinch of salt as the tech specs of the J5 have not been confirmed yet.