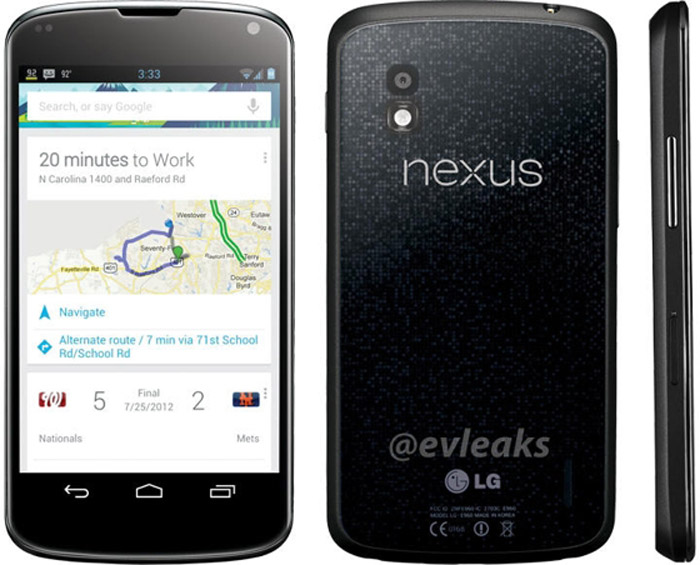 The LG Nexus 4 smartphone is to be announced next week so it comes as no surprise that the smartphone has appeared in pictures yet once again. This time however the pictures seem to be official – and they show the device up front, from the back and aside.

The LG-made Nexus smartphone will be based on the LG Optimus G smartphone and will come with a 4.7-inch HD display, a quad-core processor and Android 4.2 (expected to be called Key Lime Pie).

The LG Nexus 4 will likely be sold on contract or unlocked or both. Pricing remains unknown though.

The big Google day will be next week – October 29.