It has been almost a year since the Samsung Galaxy S4 was launched so it’s time for something new. The successor of the S4 has long been known not as tech specs but as a name, quite logically called Galaxy S5. Indeed the device will carry this name and since it is about time to be unveiled for the first time more information on this device has become known.

According to the latest unofficial information coming out of Samsung the S5 will be launched in March-April 2014 during an event that will be held in London, the UK. If we are to trust some more unofficial information the Galaxy S5 will also come in two versions depending on the processor used – the first version will come with a 64-bit Samsung Exynos 6 processor with eight cores, while the second version will sport a Qualcomm Snapdragon 805 processor with integrated LTE support. This will also be the first Galaxy S smartphone to come in a metallic chassis instead of all the plastic ones that we have seen until now.

Motorola’s next high-end smartphone has been leaked online well before the official launch. The pictures show a smartphone with a rugged chassis made out of Kevlar material measuring 60.9 x 122.5 x 8.3 mm for total weight of 126 grams. The Droid Ultra XT1080 features a... 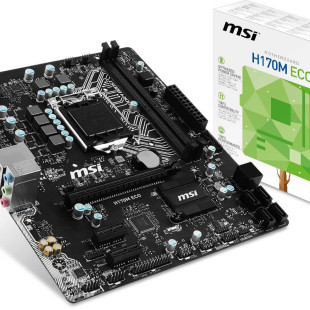 MSI has announced a new line of environment-friendly motherboards for the Intel Skylake CPU generation. The new boards are based on the H170, B150 and H110 chipsets, have full support for Intel’s 6th generation Core processors and represent the second generation ECO motherboards by MSI. All new...