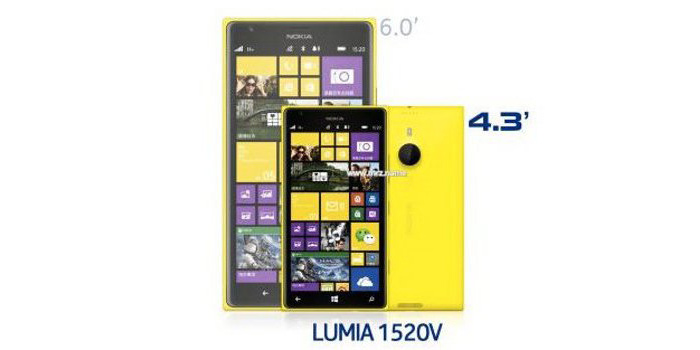 Nokia has definitely been putting a lot of effort in its plans to get back to being a major player on the mobile phone market and the company has been releasing more and more new mobile devices lately. The newest one of them all will be the upcoming Nokia Lumia 1520V smartphone, which will be a simplified version of the Lumia 1520 flagship.

The pricing and the official release date of the Lumia 1520V are still unknown.