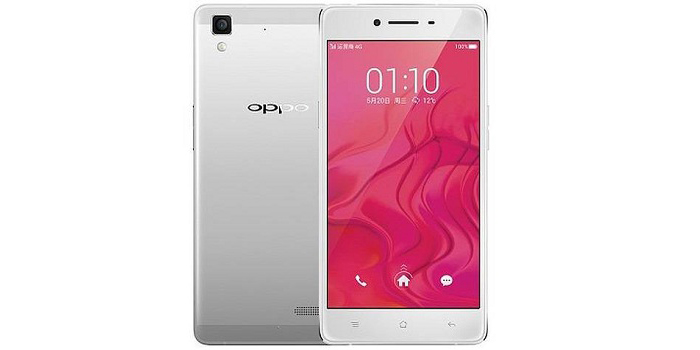 Oppo has come back with a new smartphone presented at the GITEX 2015 exhibition in Dubai. The device is called R7s and has come into existence to replace the R7 smartphone, which Oppo launched this summer.

The main perk of the new device is that it comes with 4 GB of RAM inside. It also has a 5.5-inch AMOLED display that works at Full HD resolution. The display has a special cover that brings 2.5D effects as well, which is a nice addition to the smartphone. Inside the R7s is based on a Qualcomm Snapdragon 615 processor and has 32 GB of internal memory, a microSD card slot for expansion and two cameras – one rear at 13 MP that has a LED flash and one front that offers 8 MP of sensitivity. A 3070 mAh battery powers the hardware – it has Oppo’s VOOC Flash Charge technology that allows for quick charging – 5 minutes of charging brings enough energy to the handset for up to 2 hours of operation.

The Oppo R7s measures 151.8 x 75.4 x 6.95 mm and weighs 155 grams. The device runs Android 5.1 Lollipop and ColorOS 2.1. It will be on the market in November in countries located in Southeast Asia – Thailand, Vietnam, Taiwan, Malaysia, Australia, Indonesia, Singapore and others. Customers in the USA and Europe will have to wait until December. The price of the device will be unveiled later.