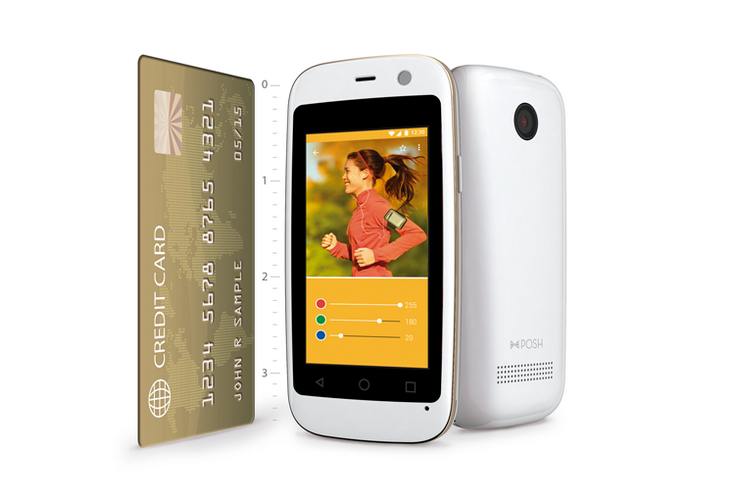 While most people are interested in flagship Android smartphones, there are other nice Android handsets that capture attention not with hardware specs but with other unusual features. The Posh Micro X S240 is a prime example. The device measures just 89 x 47 x 11.6 mm and weighs 52 grams, which makes it a very strong candidate for the title of the world’s lightest and smallest Android smartphone.

Being small, the Posh Micro X S240 cannot come with a large display and this is the reason why the new device sports a 2.4-inch display that works at 240 x 432 pixels. Inside the device is based on a MediaTek MT6572M processor and has 512 MB of RAM. The internal memory of the Posh Micro X S240 is 4 GB but it can be expanded through a microSD card. In addition to all this the smartphone has two cameras – the rear offers 2 MP of sensitivity, while the front one is a 0.3 MP unit. The hardware is powered by a 650 mAh battery but given the small display size, the capacity of the battery should be enough. In addition and most surprisingly, the Posh Micro X S240 supports 4G LTE.

The handset runs Android 4.4 KitKat and is available in blue, white, red and black colors. The Posh Micro X S240 costs USD 90 but it can be found for less money on the Internet.