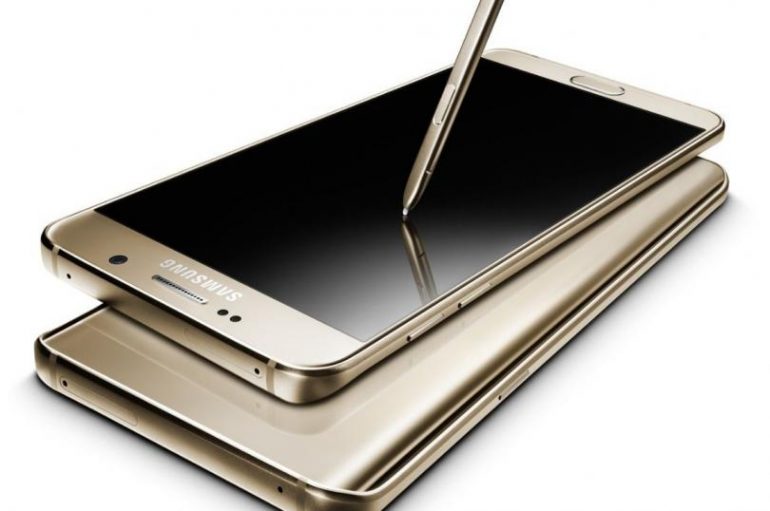 After months and months of speculation in the news channels Samsung has finally presented its high-end Galaxy Note7 phablet. The device has been unveiled at the Unpacked 2016 event and as expected it comes with IP68 certification, which means that it is shock-, water- and dust-resistant.

The Galaxy Note7 goes one step further, though – the new flagship smartphone now allows its owners to write by using the S Pen stylus even when the device is under water. The sturdiness of the phablet lies in the details – the handset has two Gorilla Glass 5 protection shields – the first one is on top of the display, while the second one covers the back panel. The chassis of the smartphone is also made of metal. Specs-wise the Galaxy Note7 offers a 5.7-inch Super AMOLED display that works at 2560 x 1440 pixels but this time the smartphone offers the so-called HDR-10 technology, which improves the contrast and the colors of the images, displayed on the screen. The handset has two versions – the first one packs a Snapdragon 820 processor, while the second one includes a Samsung Exynos 8890 chip. In both cases the Galaxy Note7 ships with 4 GB of RAM and 64 GB of UFS 2.0 internal memory that can be expanded with a microSD card (up to 256 GB). In addition the smartphone comes with the same cameras used in the Galaxy S7 and S7 Edge smartphones – so expect to get a 12 MP rear camera with support for 4K video recording and a 5 MP front camera that can record at 2K resolution. The Galaxy Note7 is also the first Samsung smartphone that comes with a USB Type-C port. This will allow users to enjoy quick charging and many other features. The battery, however, is a bit weaker compared to the Galaxy S7 Edge’s one – here we have a 3500 mAh unit.

The new Samsung handset comes with many other features too such as a scanner that can read your eyes’ iris. The device also packs a fingerprint reader that is built into the Home button as well as all other sensors and technologies that you can expect from such a device – 802.11ac Wi-Fi, NFC, Bluetooth 4.2, 4G LTE and more. The Galaxy Note7 runs Android 6.0 Marshmallow.

The new Samsung handset will be available on August 19 but you can pre-order yours now. The price of the device is unknown, however.