South Korean news sources have eliminated one more secret regarding the upcoming Samsung Galaxy S7 flagship smartphone. According to recent publications there, the device will be launched in January 2016 but the exact date is still unknown.

The device will be available in several versions that will be based on two processors – Qualcomm Snapdragon 820 and an unspecified Samsung Exynos chip that will combine processing cores, graphics and a modem. The Snapdragon-based version will be available in China and the USA, while Europe, Japan and South Korea will get the Exynos-based model. There are also rumors that Samsung will have a special version for emerging markets such as India.

Previously the Galaxy S7 was expected in March 2016 during the Mobile World Congress exhibition in Spain but intense competition from Apple has prompted the Korean smartphone maker Samsung to pull the launch with two months. The Galaxy S7 may also come with several new features that we haven’t heard of before in order to battle the iPhone 6s and iPhone 6s Plus. The smartphone may come with ClearForce technology that is similar to Apple’s 3D Touch screen tech and even better audio hardware that this time might be the SABRE 9018AQ2M, which is currently the world’s most powerful 32-bit stereo converter for mobile devices. The Galaxy S7 should also have a USB Type-C connector and a glass and magnesium design but it is unknown whether the device will have a removable battery or not. 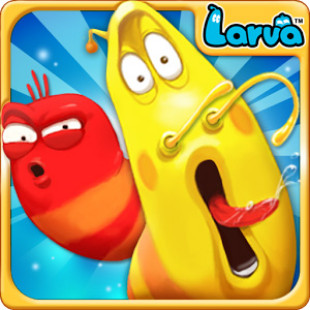 Larva Heroes: Lavengers 2014 is a game that will take you to the fantasy world of larvae. Here you take the role of an unnamed larva forced to fight for its right to live. The larva world has been invaded by enemy larva forces so it is up to you to save them all. To put it in a few simple...

Intel Corporation unveiled some new products and features at Computex today. They are based on its low-power Intel Atom Processor family, and include plans to further differentiate the popular netbook category and also expand into several new segments of the market, beyond its growing Personal...