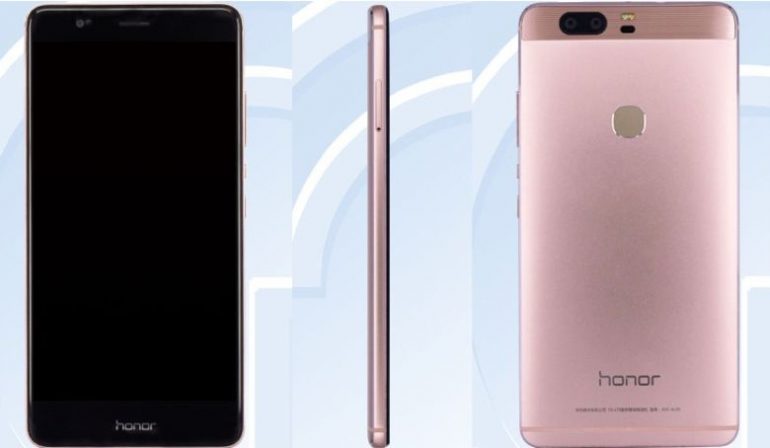 There are many ways in which you can get information on upcoming smartphones but perhaps the best one is to get all the info you need from the Chinese telecommunications equipment certification agency TENAA. Why? Because this agency decides whether a smartphone can be released on the market and all the tech specs there are official.

Huawei’s Honor V8 smartphone has become the latest handset to be certified by TENAA and this is how we have all the tech specs of the device. According to a listing by the Chinese agency, the Honor V8 will have a 5.7-inch display at Full HD resolution (1920 x 1080 pixels), an 8-core processor at 2.3 GHz, 4 GB of RAM and 32 GB of internal memory. The device also has two 12 MP rear cameras (!) and a 3400 mAh battery. All these tech specs make the Honor V8 very similar to the Huawei P9 and P9 Plus smartphones, although the newcomer beats them in some areas. What’s even more interesting is that the Honor V8 may have a second version that is more powerful than the original. According to TENAA again, the other Honor V8 version has a 5.7-inch display at Quad HD resolution, 64 GB of internal memory and an 8-core processor at 2.5 GHz. Both versions run Android 6.0 Marshmallow.

The Huawei Honor V8 will be officially unveiled on May 10.