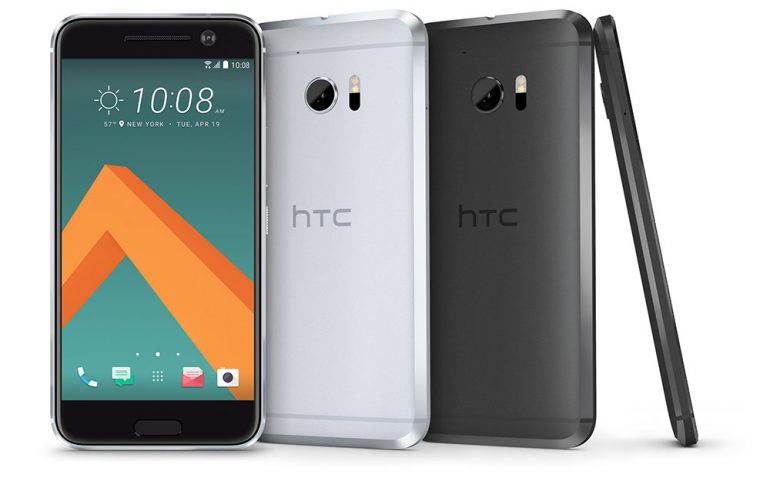 As expected HTC has unveiled the eagerly expected HTC 10 smartphone. The new company flagship comes with numerous new features that, when combined, are a serious upgrade compared to older leading HTC smartphones.

The HTC 10 breaks the 5-inch display barrier and now features a 5.2-inch display, just like in the HTC One M9+ smartphone. The display works at 2560 x 1440 pixels and features pixel density of 564 ppi; in addition the display is protected with Gorilla Glass technology. The smartphone is based on the Qualcomm Snapdragon 820 SoC and includes 4 GB of RAM and 32 GB or 64 GB of internal memory, depending on the chosen version. The handset also has a microSD card slot that supports cards with capacities of up to 2 TB. Furthermore the smartphone has HTC BoomSound Hi-Fi speakers with improved audio quality and a fingerprint reader. The two cameras of the HTC 10 deserve some attention – the smartphone is said to be the first in the world to come with optical stabilization for both of its cameras. The main rear camera features UltraPixel technology like in the One M8 model and sports a 12 MP sensor. The camera features an aperture of f/1.8 and supports 4K video recording and RAW images. The front camera is a 5 MP unit that comes with an aperture of f/1.8 and, again, optical stabilization. In addition to all this the HTC 10 has a USB Type-C port, NFC, Bluetooth 4.1, Wi-Fi 802.11ac and support for LTE Cat.9. The new HTC smartphone gets powered by a 3000 mAh battery with quick charging functions (up to 50 per cent in 30 minutes) and runs Android 6.0 Marshmallow under the Sense 8 UI. The HTC 10 measures 145.9 x 71.9 x 9.0 mm and weighs 161 grams.