ZTE presents the Blade A910 smartphone 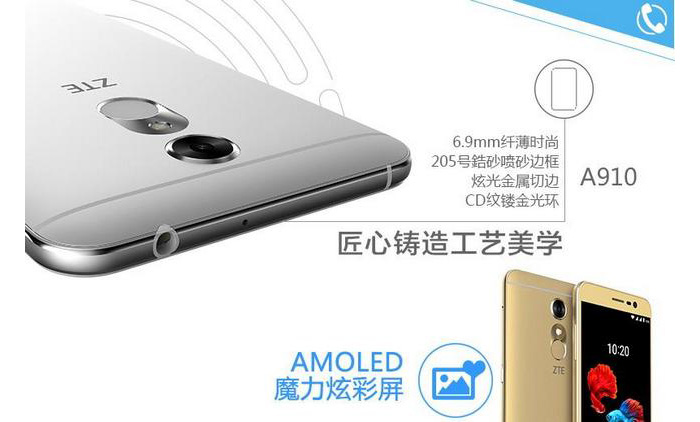 The Chinese ZTE has announced one more smartphone after presenting the V7 Max smartphone two days ago. The new smartphone is called Blade A910 and features a metallic chassis that is 6.9 mm thick, which is the first nice feature the device comes with.