The Chinese smartphone maker ZTE will release two new smartphone models on November 19. The models will be known as Nubia Z5S and Z5S mini and will belong to the company’s high-end smartphone line.

The ZTE Nubia Z5S will come with a 5-inch display at Full HD resolution (1920 x 1080 pixels) and will be based on the powerful Qualcomm Snapdragon 800 processor with four cores at 2.2 GHz. The smartphone will also have Adreno 330 graphics, 2 GB of RAM, a 13 MP rear camera, a front VGA camera and support for LTE.

The pricing of both smartphones is unknown.

Advanced Micro Devices has officially launched four models of Elite A-Series Accelerated Processing Units also known as Richland. The new chips are manufactured on 32 nm technology and feature either two or four cores that run between 2.1 GHz and 2.9 GHz of nominal clock speed... 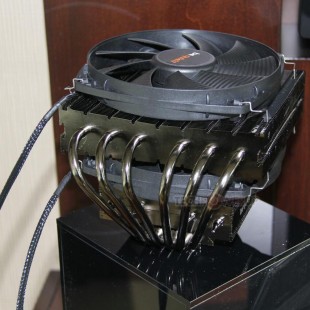 Nokia has officially introduced its first tablet – the Lumia 2520. Offering powerful hardware the new company product will be available in several colors that include red, black, white and bluish-green. The Lumia 2520 is based on the powerful Qualcomm Snapdragon 800...