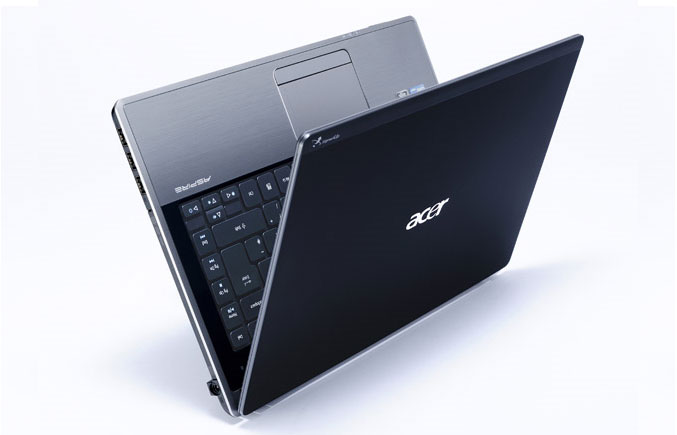 The Acer Aspire Timeline series of notebooks were introduced last year with a range of thirteen to fifteen inch notebooks. The Acer Aspire TimelineX 4820T is one of the latest addition to the new TimelineX series of notebooks, and unlike some of the older models of these laptops, this one comes with an Intel Core i3 or an Intel Core i5 processor, combined with 4GB of DDR3 RAM Memory.

The Acer Aspire TimelineX 4820T is a thin, 31mm thick, and light fourteen inch laptop weighting at just four and a half pounds with a DVD-ROM and a six cell battery pack, which promises to deliver performance and a long battery life.

The display part of the laptop has a smooth and polished dark grey design with the Acer logo placed on the center. The overall design of the laptop looks more polished and stylish than some of the older Acer Aspire laptop models. Despite its really small, light and thin form, the laptop can amazingly carry a six-cell battery pack and a DVD-ROM, offering nearly seven hours of battery time between each charge, with 4 gigabytes of DDR3 ram memory, and an Intel Core i3-i5 processors. The achieved battery time is based on the low power consuming LED backlit display combined with a hard drive that drains forty percent less power than the standard hard drives used on other laptops.

The inner part of the feels kind of “plasticky”. It has a strip where you could place your palms, a black colored keyboard, and a silver-grayish colored touchpad. The keyboard is probably the biggest draw-backs of this laptop. It feels incredibly cheap, like if it is going to break if your press a key with a harder “impact”. The keyboard also looks like it would bent inward if your press one of the keys placed in the middle, and push a little harder. Despite all that, the keyboard is very well placed and the keys are placed at a comfortable to type destination between each other. The keyboard also features a “quick-launch key”, which is very useful if you want to quick start your favorite software with only the press of a button. The eject button of the DVD optical drive is also placed on the top of the keyboard, which is much more comfortable than the standard, which is placed on the side.

Two speakers are also placed on the keyboard of this device. The sound is loud enough for it, to heart in a “public” place where the background is not as silent. Overall it does not produce the best and the loudest sound, compared to other laptops at the same price range.

The touchpad placed below the keyboard is very well sized, providing an amazing response while moving the mouse quickly around the screen. It also supports multi-touch gestures on the Windows 7 operating system like “pinch” to zoom in and out of digital photos or web pages. The single strip “mouse” button placed below the touch pad is also an improvement, comparing it to the older Acer Aspire Timeline laptops, but two “mouse” buttons instead would’ve been much more comfortable. 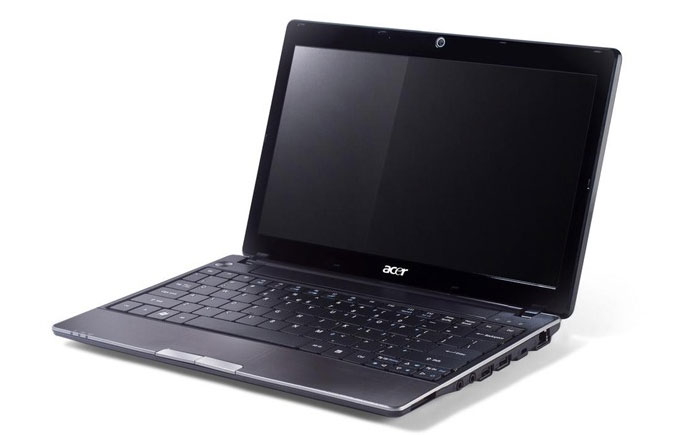 The laptop featured three USB ports, with a third one placed on the side along with a HDMI, VGA, Ethernet and the standard microphone and headphone jacks. The front lip of the laptop features a five in one multi card reader.

The Acer Aspire TimelineX 4820T comes equipped with a glossy fourteen inch display with a maximum resolution of 1366 x 768 pixels. The 16:9 aspect ratio of the screen is perfect if you want to watch high definition videos on this laptop. Overall, the quality of the screen is very good, but the viewing angles not so great, comparing to other laptop products of the same price range. A 1.3 megapixel web camera is placed on the top of the screen, with a microphone just next to it, making it easy and comfortable to video chat with your friends over the internet through programs such as Skype.

Supporting the i3/i5 Intel Core Processor combined with four gigabytes of DDR3 Ram Memory, the Acer Aspire TimelineX 4820T can climb up very high on the performance ladder, and with a very impressive battery life. Simultaneously running intensive programs will not slow the performance of the operating system. However, graphically intensive software programs will slow it down.

The Acer Aspire TimelineX 4820T is available with integrated Intel HD graphics chip, and also an ATI Radeon GPU. Watching High Definition videos off the internet is fine on the integrated graphics chip, but if you are a gamer, you will be greatly disappointed. For $70-$80 dollars more, you can get an Aspire TimelineX 4280T with an ATI Radeon HD5650 that can greatly boost the graphics performance of the laptop.

Overall, the Acer Aspire TimelineX 4820T is performing great for this price range, and for a couple of bucks more, you can get an ATI Radeon HD5650 equipped with it, which will transform it into a gaming machine.