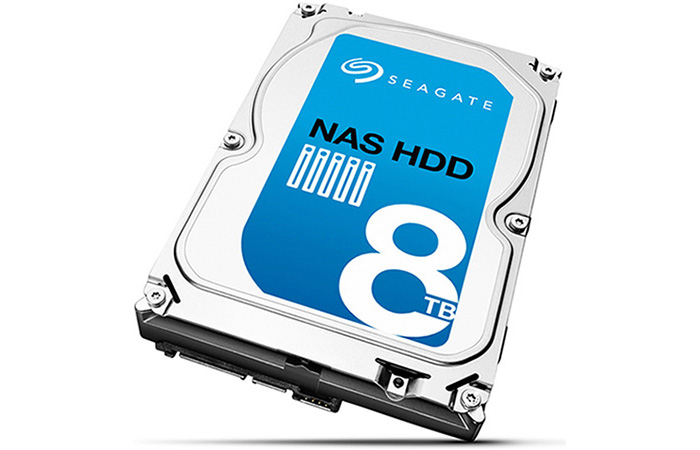 The new hard drive hides 8 TB of capacity under the hood and comes in two versions – the ST8000VN0002 version is a regular hard drive, while the ST8000VN0012 model comes with a data rescue function. Apart from this the two versions are identical. The Seagate NAS 8 TB drive comes with six recording platters inside with each one of them holding 1.33 TB of capacity, twelve recording heads and 256 MB of cache, which is twice as much compared to the 128 MB buffer in the 6 TB NAS model of the same line. The new 8 TB model has its platters spin at 7200 rpm and needs just 9W of power when operating. In addition to this the drive uses shingled magnetic recording, which helps in achieving 216 MB/sec of data transfer speed.

The new Seagate hard drive is available now at several partner companies of Seagate with wider availability expected later this quarter. The price of the drive is set at USD 385.