Philips breaks new ground in the realm of home entertainment with the world’s first cinema-proportioned LCD television. Cinema 21:9 lets you enjoy movies as you would in the cinema and just as the director intended.
Cinema 21:9 boasts a 56” screen that is shaped in the 21:9 aspect ratio, so movies in the 2.39:1 format completely fill the screen – exactly as you experience at the cinema. Complimentary three-sided Ambilight Spectra combines with the on-screen action to completely immerse you in the movie and deliver the ultimate home cinematic viewing experience. 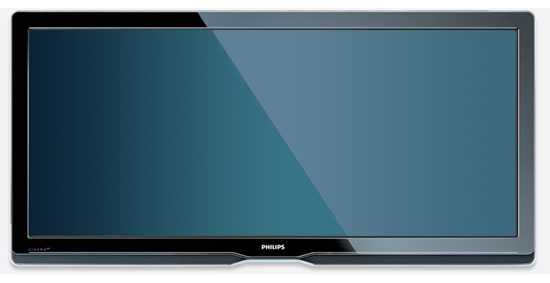 Traditional LCD televisions compromise on this experience by distorting the picture to fill the screen – losing the full scope of the original shot – or by displaying the picture in letterbox format with black bars at the top and bottom. Cinema 21:9 solves these issues to give the viewer an uncompromised and absorbing cinematic viewing experience, never before available in the home.

Using highly advanced formatting technology, regular 16:9 content from sources such as TV broadcasts and games consoles is also adapted to fill the 21:9 screen.

Des Power, Senior Vice President Marketing Television, Philips Consumer Lifestyle, commented: “With our unique Cinema 21:9 we have developed a television which takes you as close to the experience that you enjoy at the cinema as you can get without buying a ticket. We believe that to really become absorbed in watching a film at home consumers are looking for a real cinematic viewing experience, so we have launched the world’s first cinema-proportioned TV screen perfectly complemented by our immersive Ambilight technology.” 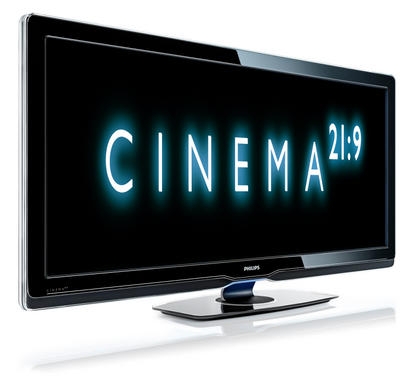 He added, “Philips new Cinema 21:9 takes enjoying movies at home to an entirely new level, the advantages over a traditional 16:9 ratio screen in side by side comparisons are truly striking.”

The Cinema 21:9 LCD TV will be available in spring 2009. More detailed product specifications will follow at the end of February 2009

OnLive, Inc. announced that their cloud-based Game System is available now for pre-order for $99 and first deliveries are expected starting December 2, 2010.

Windows 7 to get some DirectX 11.1 options after all 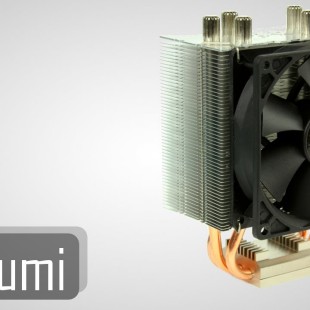