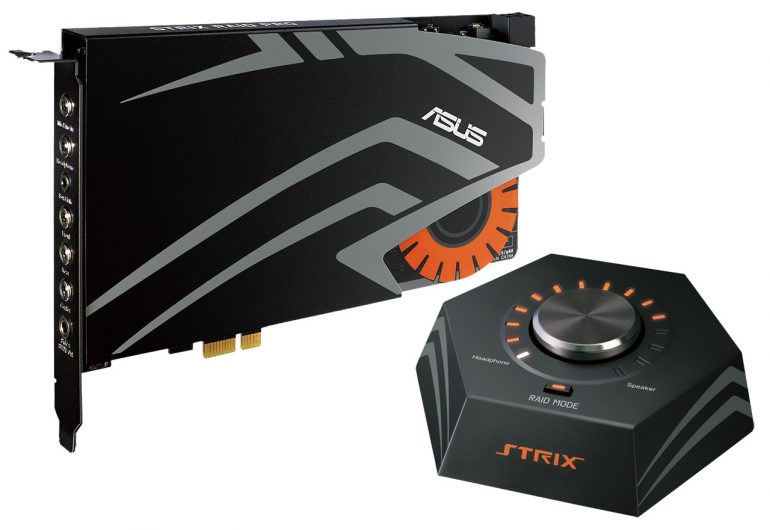 The Taiwanese hardware maker ASUS has announced the new Strix line of sound cards. The line as of now includes three models – Strix Raid DLX, Strix Raid Pro and Strix Soar, with all of them delivering amazing high-definition audio.

The new cards offer a built-in 600-ohm headphone amplifier to drive a wide range of headphones and deliver clear and detailed sound with deep bass. There’s also Sonic Studio software that gives gamers complete control over the sound card audio features too. The program has a really simple interface so you can adjust all the settings that you want in a matter of just a few minutes. Sonic Studio also includes controls for Sonic Radar Pro, a unique feature that precisely maps in-game sounds – such as footsteps and gunshots – and displays them on an on-screen overlay, so gamers can pinpoint their enemies for a competitive advantage in first-person shooters.