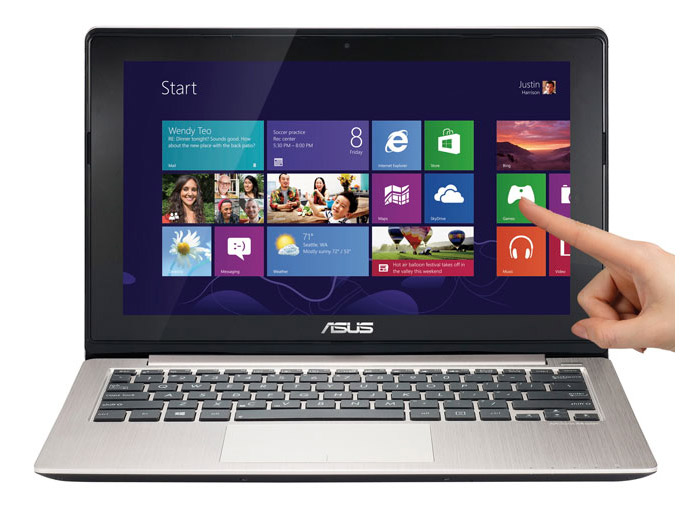 The two new ultrabooks share quite a bit of their tech specs. For a starter they both measure 380 x 265.9 x 21 mm and weigh 2.6 kilograms. The displays operate at 1366 x 768 pixels and on the inside the two new members of the VivoBook family sport 6 GB of DDR3 memory, a hybrid storage system that consists of a 24 GB SSD flash drive and a 500 GB hard drive. In addition you also get a card reader, support for 802.11n Wi-Fi, a Gigabit Ethernet adapter, a web camera, stereo speakers, D-Sub and HDMI outputs, two USB 2.0 ports and one USB 3.0 port. Finally you get a battery that should power the ultrabooks for as long as 4.4 hours.

Running Windows 8 the two ultrabooks will be available at a starting price of USD 700.