Corsair has enriched its SSD line with a new SSD series known as Force Series GS.

The Force Series GS includes several models (as expected) with capacities of 180 GB, 240 GB, 360 GB and 480 GB with all of them sporting a 2.5-inch form factor and 3.5-inch mount solutions for desktop computers.

Based on NAND flash and SandForce SF-2200 controllers the SSDs allow for up to 90 000 IOPS of random write speeds. The Force Series GS SSDs also support TRIM and are specially optimized for low power consumption making them especially suitable for mobile devices such as laptops and ultrabooks. 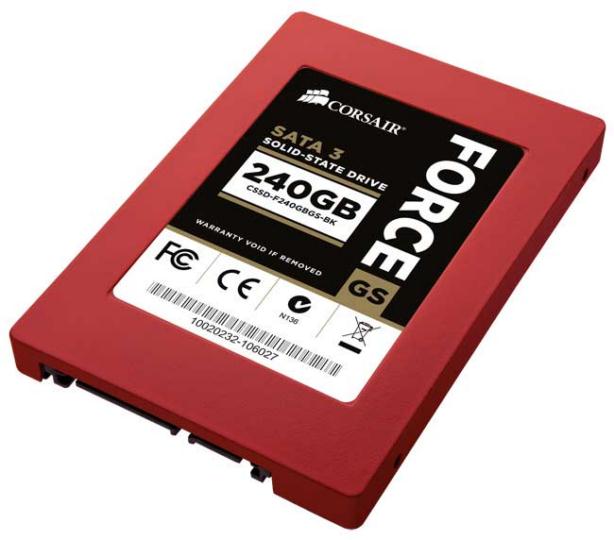