After missing a week we are back with our weekend reviews of various free Android apps and this time we will present a simple application, called Hypnosis Simulator that says it will hypnotize you. We kind of doubt it given the percentage of “serious” applications on Google Play, but hey, what do we have to lose?

Not surprisingly Hypnosis Simulator is not a large app. Measuring less than 10 MB it was on our Android tablet and good to go in seconds. The app does not have much under the hood – it simply presents you with a home screen with a Tap button and once you tap the button (this was not hard to guess, was it?) the real action starts. Hypnosis Simulator shows a dynamic picture with swirling elements inside and then some music that should help in you being hypnotized. This is it – you can look at the action for as long as you want and finally you may even get hypnotized, who knows? Unfortunately if you do, the app does not provide a way for you to get back to real life.

Clearly Hypnosis Simulator is not a serious app, but it was never intended to be. Like many other such Android programs, it is just for fun. We, however, doubt that you’ll spend much time with it.

Transcend today announced the release of its first HD Media Player - the DMP10,  supporting all popular media formats including MKV, AVI, WMV, RMVB and M2TS, it offer a  simple way to playFull HD 1080p digital content on any TV. The DMP10 media player comes in  gloss-black design and...

Gaming peripherals specialist Razer, unveils a new portable device, but this time it isn't a new hitech gaming accessory, but entirely new product that is aimed to bringing traditional PC desktop gaming to a portable form factor. The Razer Switchblade was created in collaboration with Intel... 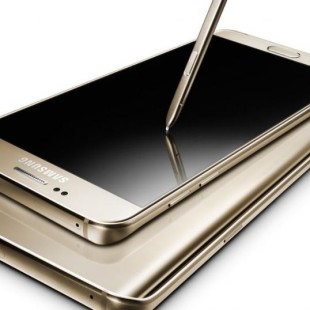 After months and months of speculation in the news channels Samsung has finally presented its high-end Galaxy Note7 phablet. The device has been unveiled at the Unpacked 2016 event and as expected it comes with IP68 certification, which means that it is shock-, water- and dust-resistant. The...