It has been nearly three years since the launch of Office 2013 so it is time for a new version. In fact this is exactly what Microsoft has presented yesterday – the famous US software company has released Office 2016 into this world.

The new version of Office, codenamed Office 16, looks pretty much the same compared to its predecessor – Office 2013, but brings a number of new features as it should. The new software package has been built for team work and that’s why it comes with co-authoring, which includes real-time typing in Word that lets you see others’ edits as they make them. The new Office 2016 also has Skype in-app integration in various rich client apps that will allow you to send instant messages, share screens, talk or video chat right in your docs. The Office 365 Groups are now an integrated part of the Outlook 2016 client app and available on your favorite mobile device through the Outlook Groups app, delivering a consistent team experience across the suite. In addition Outlook 2016 now provides the smartest inbox yet and delivers lightning fast search, while automatically removing low priority mail and offering cloud-based attachments from OneDrive to everyone on the To: line. Excel 2016 now includes integrated publishing to Power BI and new modern chart-types to help you make the most of your data.

The latest version of Microsoft Office requires Windows 7 or newer, a 1 GHz x86 or x64 processor with support for SSE2, 2 GB of RAM, 3 GB of free hard drive space, a display which runs at 1280 x 800 pixel resolution and a DirectX 10 graphics card if you want to take advantage of graphics hardware acceleration. There’s no information how much the different editions of Office 2016 cost but you can try the new software before buying it thanks to the Office 2016 Public Preview. At the same time Microsoft has also announced the availability of Office 2016 for Mac as a one-time purchase.

Iomega has introduced Mac Companion Hard Drive which along with additional storage space, offers and convenient high-powered port, allowing you to charge your iPad, iPhone and iPod. The Mac Companion external HDD features black and silver design to match the latest Mac computers and includes... 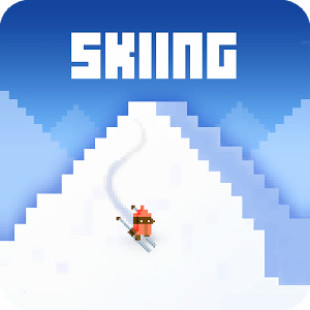 With winter getting closer and closer by the day we have started getting more and more Android games dedicated to winter sports. Skiing Yeti Mountain is one of them – the game is not all about competitive skiing but it has some elements inside so you will be challenged for sure. The game...

Panasonic, a leader in advanced massage technology for more than 40 years, announced the debut of the EP-MS40 Massage Sofa, a unique and stylish new addition to Panasonic’s expanding line of critically-acclaimed luxury massage chairs. The Panasonic EP-MS40 Massage Sofa offers a low-profile...