Minekeeper: Build & Clash is another game that will take you deep underground where you will have to gather resources and fight enemies. Thus it is another strategic, fantasy game and this is exactly where its magic lies – you never know what is waiting for you inside these dark mines.

Basically the main idea behind the game is to gather gold and oil and keep your miners away from harm, which is in the form of various spirits, monsters and the like. In order to protect your miners you will have to train soldiers that will then enter the mine and eliminate all threats. The real fun starts after some time – you will encounter powerful monsters but you will also have better trained and equipped troops that you can combine to better tackle any threat. So you will have to use your strategy skills as well. You will also have access to Heroes, who are characters with special skills so there’s even more hope in the tough battles that are yet to come. After winning a battle against a boss you can even expand your mine!

Minekeeper: Build & Clash comes with nice graphics and sound but the visuals are in 2D only, which isn’t bad given how the game looks like. All in all a lot of effort has been put into these two so you will not be disappointed.

Minekeeper: Build & Clash is definitely a nice and interesting game that will offer you dynamic gameplay and a lot of emotions and fun. Like we said the magic in the game is in the exploration that you will have to do because you never know what you will find and where. Given this, Minekeeper: Build & Clash will bring a lot of fun to you, so we can say that this free Android game is a great one.

You can check it out here on Google Play before you download it. 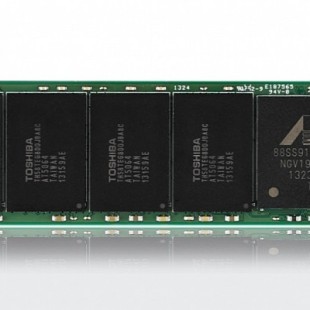 The Japanese company Plextor has released its M6e M.2 SSD line, which we mentioned a few months ago. As the brand name suggests the new SSD line comes in the M.2 form factor and features Toshiba Toggle NAND memory as well as DDR3 memory that serves as cache. The M6e M.2 line comes with...

2K Games announced today that Mafia II is now available on the Sony PlayStation 3, Xbox 360, and Windows-Based PCs.This epic crime action tale takes place in the immersive urban cityscape, Empire Bay, set in America during the 1940s and the 1950s. Mafia II will also be released on the 26th of...