Mingly Inc., creator of a new web service that brings email and social networks together, has announced the start of Mingly public beta.

Mingly’s goal is to solve the growing problem of social network information overload and at the same time making sure your important relationships never fall through the cracks. Mingly unifies email and social users and allows them to organize with a social address book that merges Gmail and social-network contacts, see a brief snapshot of the people they’re emailing that shows recent updates, conversations, bio, interests, and more; save time by sending Facebook, Twitter and LinkedIn messages right from Gmail, stay in touch by getting alerted to key news like birthdays and job changes and build relationships by setting follow-up reminders for new contacts.

“Our personal network and the people we connect with are our most important assets,” said Tyler Koblasa, Founder and CEO of Mingly. “Social networks have given us many ways to connect and build relationships, but we’re now bombarded with a never-ending stream of news, updates and events. We make new friends and connections easily, but often fail to develop the important relationships. Mingly is here to solve this pain.”

Mingly is available at www.getmingly.com for Gmail, in Google Chrome and Mozilla Firefox. A web-based and mobile version with support for non-Gmail users is also in development. 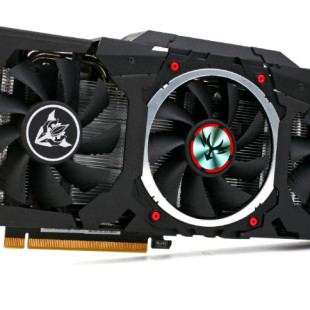 We have been talking a lot about the GeForce GTX 1060 lately but we somehow forget the fact that this video card will be in stores only on July 19. So now is the time to prepare models, which will tempt users just a few days from now and Colorful is, apparently, not wasting its time. This...

Here’s the latest proof that Google’s Android is more than an operating system for mobile devices – tech enthusiasts coming from One Laptop Per Child project, Xbox and Amazon Kindle have designed a new gaming console that runs on Android! Named Ouya, the latest gaming console takes...

Archos is bringing a new, budget-friendly Android based tablet which has the" features you need at the price you want." So check the specs and if you want these features, you can have it for $99 bucks. The Arnova 7 has a resistive 7-inch (800 x 480) TFT LCD display and Android 2.2 (Froyo) on...