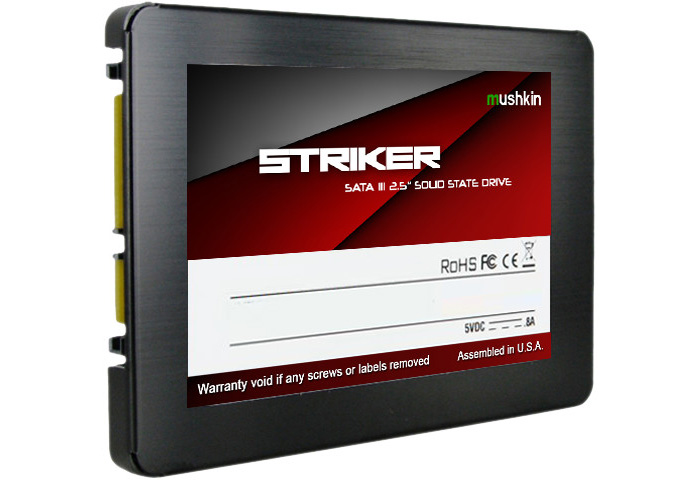 CES 2015 will be remembered with the large number of solid-state drives presented at the exhibition. This means competition has heated up once again triggering a response from nearly every SSD maker. Here’s an example – Mushkin has presented a new SSD line on its own. Called STRIKER (yes, with capital letters) the new line is here to defeat the competition with performance, capacity and high value as Mushkin puts it.

“Mushkin is committed to giving our customers the best performing and most reliable SSDs and our new STRIKER family of drives delivers,” said Brian Flood, Director of Product Management at Mushkin. “With an ever-increasing demand for greater performance, the new STRIKER drives provide the ultimate combination of speed and reliability for today’s demanding applications.”

In fact, according to Mushkin, the STRIKER line of solid-state drives is the most well-rounded SSD solution on the market. All STRIKER SSDs feature the rather common 2.5-inch form factor and offer capacities that range from 240 GB to 960 GB. Speed-wise the solid-state drives reach 565 MB/sec of read speed and 550 MB/sec of write speed with random performance reaching 90 000 4K IOPS.

The STRIKER line is also full of features – all SSDs of the line are based on the high-performance Phison PS3110-S10 controller and feature support for SATA 3.0, 256-bit AES encryption, TRIM, SMART, DEVSLP for ultra-low power consumption, high-speed MLC NAND and user-upgradeable firmware.

The new Mushkin SSD line will be on the market in Q1 2015. No word on pricing as of now.