Depending on where in the world you live there’s a sport that dominates everything – for instance soccer is the thing in Europe, in Australia and India this is cricket, while in the USA it is hard to decide whether basketball or ice hockey is the most popular sport. In any case you will be dealing with ice hockey in NHL Hockey Target Smash so if you live in North America, Russia or Scandinavia this might become your favorite app.

What does NHL Hockey Target Smash bring to the table? The game looks a lot like soccer apps such as Flick Shoot and Flick Soccer. So you get to choose and name a player and then you face other teams in the NHL for the Stanley Cup. What do you get to do then? The answer is simple – you shoot the puck at the goal net and the ultimate goal is to score. Each successful goal brings you points and if you break something that looks like a dish inside the goal net you get even more points. Time is limited too – you have thirty seconds to shoot so you have to be both quick and accurate. Do this three times and the game against your opponent is over. Then NHL Hockey Target Smash adds all the points earned and the points your opponent has achieved and the final victor is decided. If you win you move to the next opponent, if you lose – you know what follows.

In a few words NHL Hockey Target Smash is the hockey version of Flick Shoot with a few more features. The game is nice and you will like it a lot if hockey is your favorite sport. Moreover the app is free and features nice 3D graphics and great sound, which make is a really good app. So if you are tired of soccer then take a look at this one.

Panasonic today rolls out two new superzoom shooters from its LUMIX ZS-Series, the DMC-ZS10 and DMC-ZS8. The ZS10 (TZ20 in Europe) is equipped with 14.1MP MOS sensor,  capable of Full 1080i AVCHD format movies,  has a 24mm ultra-wide-angle LEICA DC VARIO-ELMAR lens with 16x optical zoom... 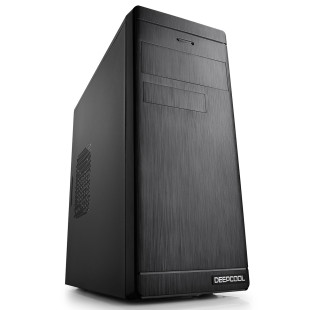 The Chinese company Deepcool has released the new Wave V2 PC chassis, which is designed for micro-ATX and mini-ITX motherboards. The main idea behind the new case is to be as simple as possible thus allowing PC users to assemble new computers very easily. Given that the new Wave V2 is a...

With Belkin’s new Headphone Adapter for iPod shuffle, you now have the freedom to use the headset of your choice with your iPod shuffle. If you would like to use a headset other than the ones provided with the iPod shuffle, this Adapter will be ideal for controlling your music, since there are...