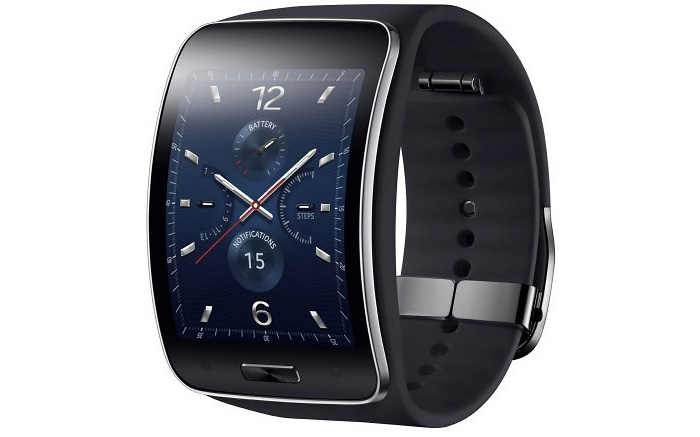 The Korean company Samsung has officially released its Gear S smartwatch just days before the launch of the Apple competitor iWatch.

The new smartwatch comes with IP67 certification that provides it with resistance against dirt and water and measures 58.3 x 39.8 x 12.5 mm. The new Gear S seems to be a pretty capable device that offers a 2-inch curved Super AMOLED display at 360 x 480 pixels (300 ppi), 512 MB of RAM, 4 GB of internal memory and a dual-core processor at 1 GHz. The device also has Wi-Fi 802.11n, Bluetooth 4.1, a GPS receiver, a SIM card slot and a 300 mAh battery that should provide enough power for two days of use. The smartwatch can send and receive messages and make phone calls. This is also the first Samsung device that runs the Tizen operating system.

Along with the Gear S Samsung also announced the Gear Circle, which is a necklace-shaped set of headphones that when paired with a smartphone allows users to answer phone calls and listen to music.

The new Gear S smartwatch will be on the market in October of this year. Samsung has not released information on its pricing, though.