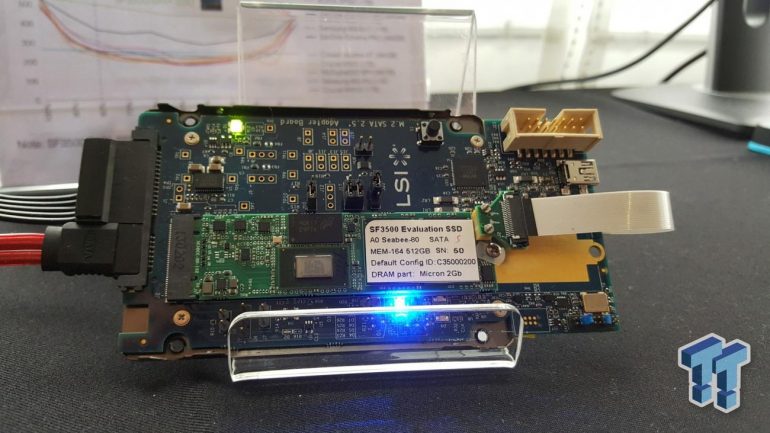 Seagate has published the tech specs of several new SandForce memory controllers that will come in future solid-state drive models. The new SSD controllers belong to the SF35xx family and we will detail them here.

The first controller in the line is the SF3514, which supports SATA 3.0 (AHCI) and will power budget-oriented and mid-range SSDs. The SF3504 is for NVMe mid-range SSDs and the last one, which happens to be the SF3524, is designed for high-performance solid-state drives. The SF3524 can work with SATA 3.0 and NVMe solid-state drives. All new controllers will also have a DRAM cache that will increase performance.

The new SF35xx controllers are closer than they appear – at Computex 2015 Seagate demonstrated a reference SSD with a SF35xx controller, which was capable of delivering more than 500 MB/sec of data transfer speed in 80/20 mixed read/write workloads. The drive is based on 15 nm MLC NAND flash memory from Toshiba and is fast enough to be able to play nine 1080p videos all at the same time.

In case you wonder why Seagate manages SandForce controllers – well, the answer is easy, now Seagate owns LSI, which was the original designer of SandForce SSD controllers.